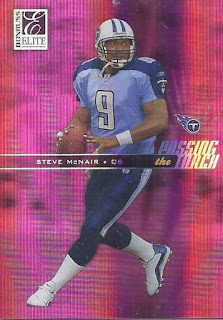 I'm not sure why I'm starting with the loudest, most obnoxious card in the mailer. But there was only one Steve McNair card for the 2/14 binders in there. Maybe that's the reason? 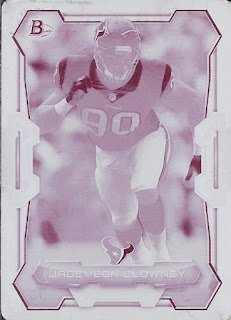 Also gaining 1 card, but a far rarer one, is Jadeveon Clowney, seen here on a Bowman printing plate from 2015. 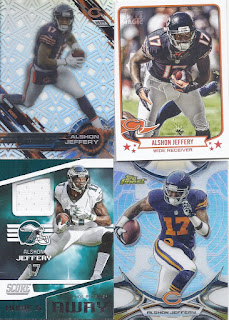 Alshon Jeffery was the big winner here in terms of volume with these 4 cards. 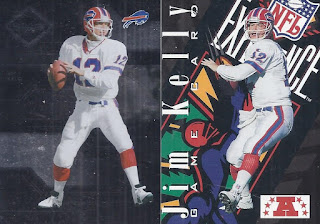 Only two Jim Kelly cards, and he's now 4 short of the 200 mark in the binder. But it does lead perfectly to the Bills portion of the TMV mailer. 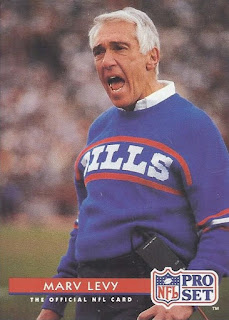 There was what had to be the entire 1992 Pro Set team set of the Bills with about 30 cards worth saluting playoffs and highlights. 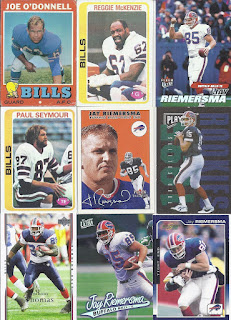 I'm guessing all of these Wolverines turned Bills were dupes. They've got a good home now. 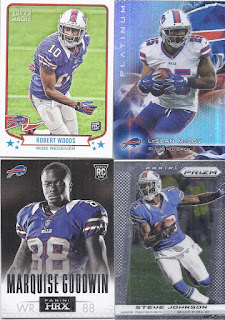 But here's a few without Wolverines connections (unless they played them at some NCAA point). 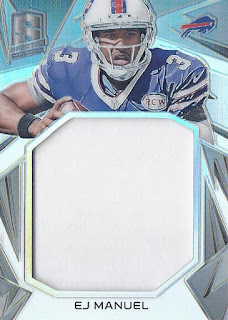 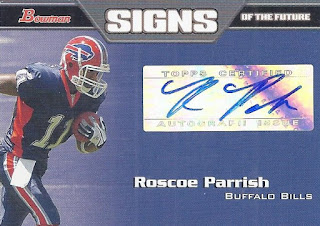 And let's throw in an autograph to end it.

Thanks, Dennis & Kerry, for all these cards over the past four posts. I'm still setting cards aside for future mailers that will head stateside.
Posted by buckstorecards at 13:32