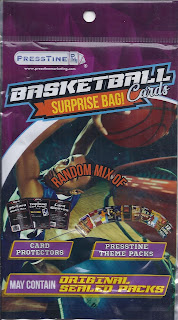 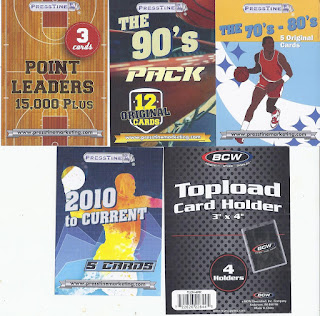 Here's your contents. Will I get top loader worthy cards? Either way, they could also be useful if I can hit shows and send out other packages again. As before, clockwise from the top left.

That is a sweet Kobe photograph to start this off. It seems so out of control, but it likely isn't. The Amare Stoudamire comes from Hoops Hot Prospects. And a Celtics card from the pre-Raptors years. Not bad at all. 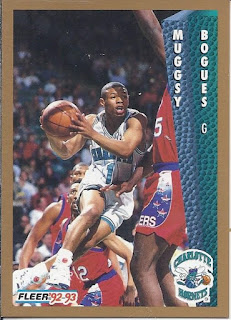 The 90s pack starts with an always welcome appearance of Muggsy Bogues. 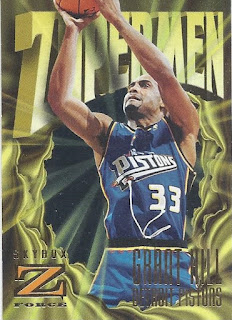 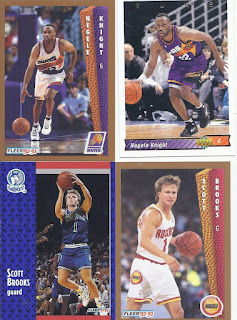 Both a Negele Knight and a Scott Brooks hot pack. 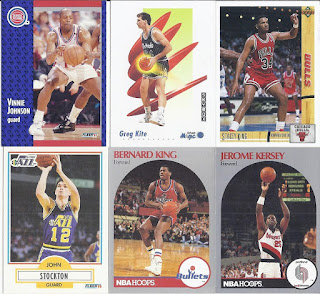 And the rest. Pretty blah on the whole aside from Bogues and Hill. 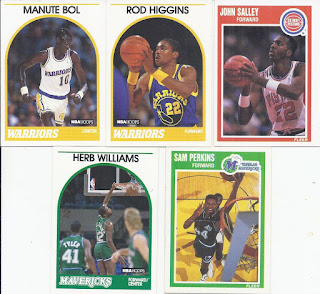 But the 80s (I highly doubted there'd be 70s content) was really good. Much like with Bogues, any Manute Bol appearance is a nice get. I like the comparable free throw photos on the two free throw photos. The layout on the Perkins card makes it look like he's about to dunk the Mavs logo, and the Williams photo taken from the opposite end of the court from the action is pretty unique. 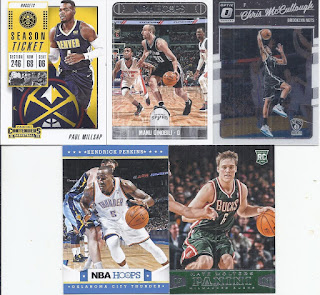 In comparison, here's the 2010 cards. While I like the ticket motif with the Contenders, as always, these really don't have the personality of the 1989s. Maybe if there was one interesting photo in the bunch.

But there you have it! Unlike the hockey, no hits, but some nice keepers with the 89s and the Bryant.

This short run of surprises with end next post with football.
Posted by buckstorecards at 05:30