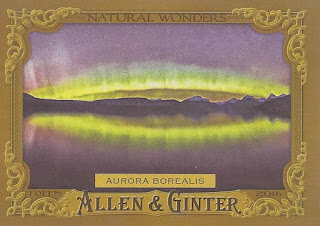 This is the oddest of the bunch, a card from one of Kerry's Free Card Fridays. I just thought it would go nicely with the Northern Lights card out of 15-16 Champ's.

And I can place it in Principal Skinner's kitchen and he'd be none the wiser. 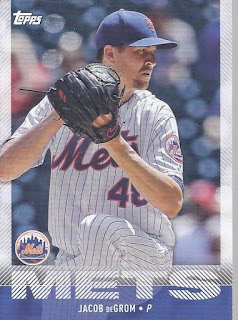 I've never seen Utz on this side of the border (or even heard of the company), so this food-issue DeGrom is a nice add to my Mets binders. 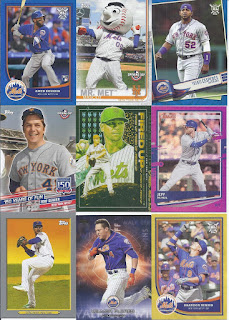 There were a lot more Mets stuff here (a theme for both envelopes, and both the Mets and Jays) but here's a scanner bed worth of them. I really should have replaced that McNeil with the Donruss "Polar Bear" variant. Thankfully for the Mets PC, that one was far more common than the Topps one. 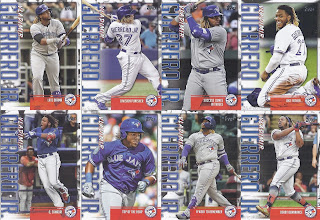 For some reason, these Vlad Jr inserts were Target exclusives. I say "For some reason", since wouldn't these be a better exclusive for Walmart, which actually exists in Canada? 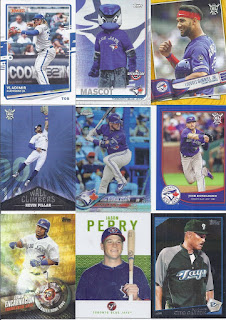 And here's your Jays sampler. The Ed-wing! 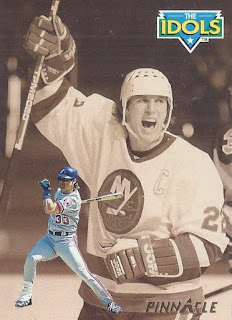 As with the Cards on Cards mailer, I'm starting the recap of the TMV envelope with the oddball. Does this Larry Walker go into my Expos PC? Or my Cancon PC? Or did I hose things up completely by not including it in my hockey recap?
Either way, we've got a pair of Hall of Famers meeting on this card. 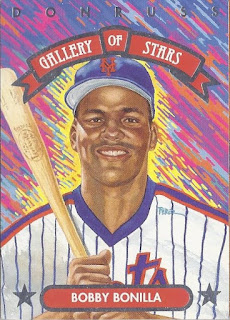 It might not be a Diamond Kings card, but this Bonilla is close enough. 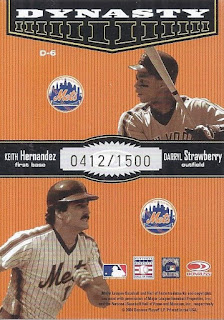 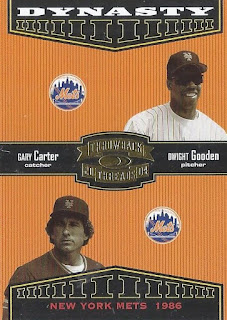 Here's a numbered salute to the '86 squad. Hernandez is great and all, but I might have used Series MVP Ray Knight instead. That's still a minor beef for a great card. 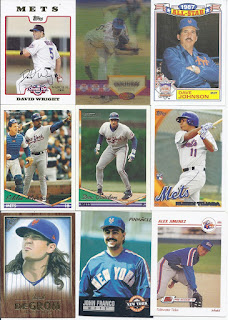 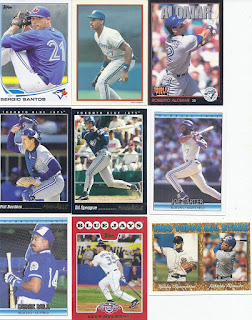 And the Jays Sampler. 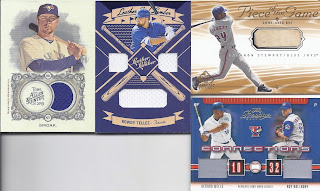 With a bonus of some swatches and slivers to go along with it.

That only leaves football! Next post!
Posted by buckstorecards at 08:52