Two Breaks for the Price of One

I got into a random mixer group break recently with LCS/Breakers Clouts&Chara. The randomizer landed on the Bruins for me, and it is time to show off the loot. 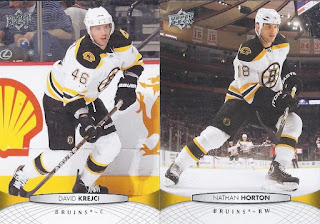 Starting with some base cards. And a nice view of the MSG ceiling on that Horton, which I'm sure I've posted before. 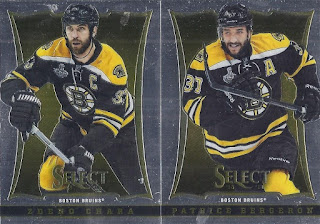 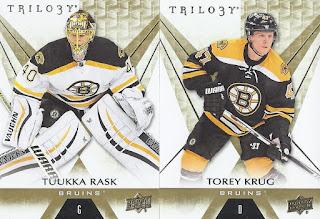 And my first look at this year's Trilogy release. A little too much gold for my liking on this design. Unless you're releasing Gold Standard, it probably should be toned down a bit when mixed with the white. 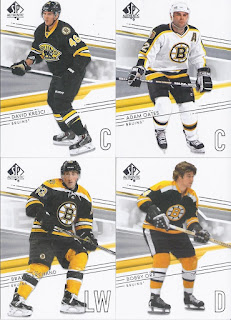 And 2014 SP Authentic wraps it up. 4 different jerseys spread across 4 cards. Nice. 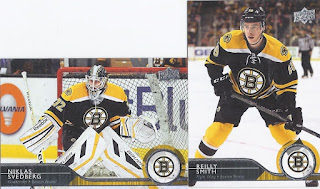 And those SP Authentic cards lead into the first inserts of the break, coming from the UD update portion. These really aren't traded cards, as both were Bruins coming into the season, and Smith had appearances in several other releases. This was the closest Svedberg came to getting a base card in anything for this season. He's been in the KHL the past two years. 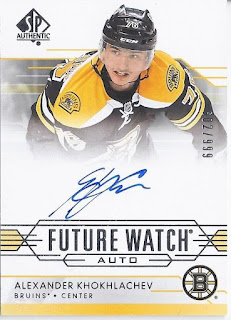 Here's an on-card auto of someone else who is back in the KHL at this point, after appearing in 9 games over the past couple seasons for Boston. 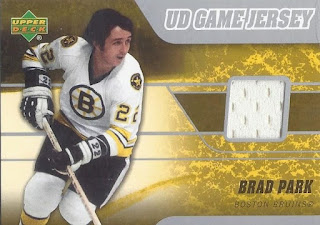 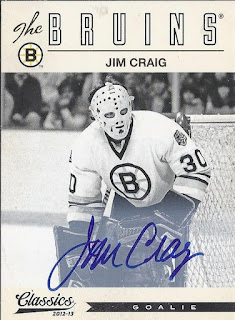 And a second on-card auto ends the hit portion of this break. Probably not going to keep this. While it looks nice on the black & white photo, it really doesn't hit any of my collections. Strange that I'd prefer a plain white swatch to an on-card auto, but that's the way things go sometimes.

Finally, the title of this post becomes relevant. If you enter into one of their random breaks, you get a chance at a free spot in their next random break. My name came up for the free spot there, so more cards came my way. Unfortunately for my collecting tastes, it landed on the Leafs that time. But I still got some nice cards from that, and those will be in the next post.
Posted by buckstorecards at 13:31