And I'll lead with some base cards. 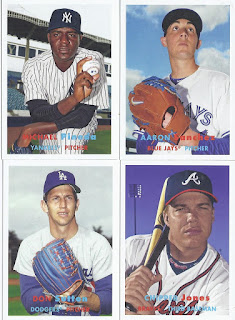 There is a reason for this. 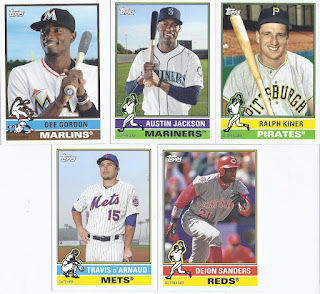 It has nothing to do with the players featured on these cards. 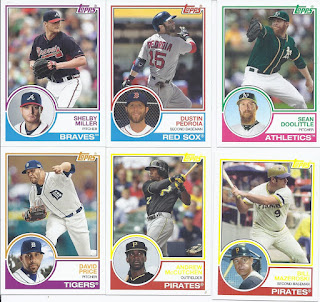 It is just that these 15 cards were the only base cards in the second box that were NOT dupes from the first box.

Yes. That's an average of less than one per pack. Yegads.

I figured I'd be about 50 cards or so out my the end of this. I'm closer to twice that. So, will the inserts save it? 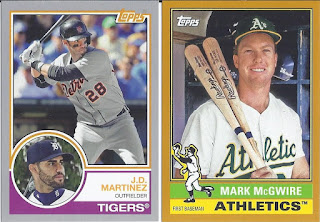 I got my second gold parallel of the boxes, so that's beating the odds there. No SPs though in either. 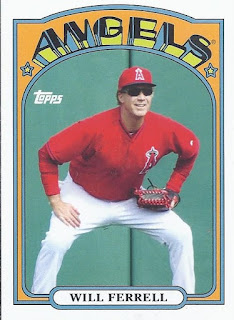 And the Will Ferrell isn't one that features a design seen elsewhere in the box. So there's that. 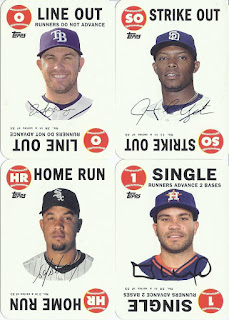 And at least the game cards in this one featured more successful results than the previous ones. I couldn't parse or recognize the autograph on the Padres one, so I had to search it out to learn that Justin Upton was providing the strike out. 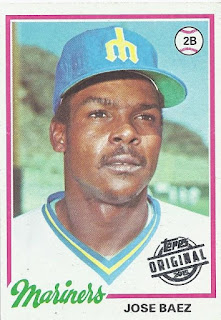 Here's the buyback card. Nice to see an old cap logo. Still, it will be up to the autograph content to save this box. 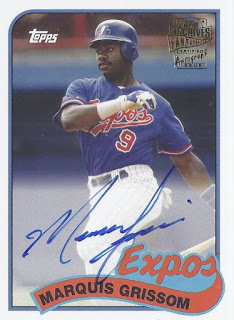 Starting with an autograph for my Expos collection. 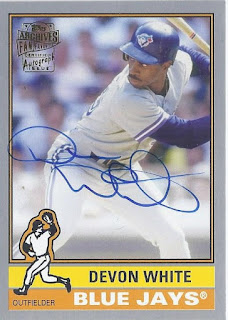 And then following that up with a /199 parallel auto for my Blue Jays collection.

2 out of 2 for PC hits. That's always good, and that will always save the box.

And if you're set building this, I have a pile of dupes and/or inserts that could help you. Because I certainly have a pile of needs. Something will likely be up tomorrow with both.
Posted by buckstorecards at 14:01