The Rainy Day repack cards are repacks I picked up from Target during their liquidation earlier this year, but put aside from posting until now. 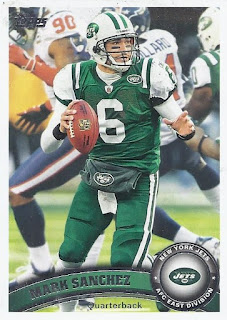 2011 Topps Mark Sanchez - Opening with the master of the buttfumble. 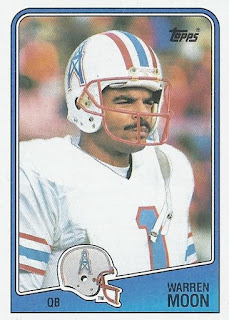 1988 Topps Warren Moon - I really like how not only did Topps include his CFL stats on the cards, but they count them against his career stats. So, of course, I scan the front.
1989 Pro Set Mark Carrier 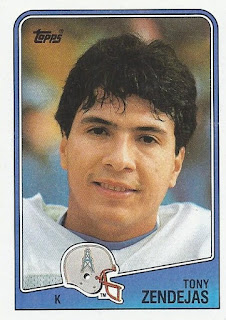 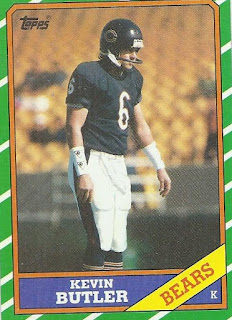 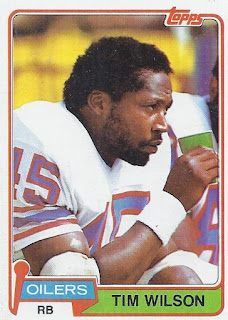 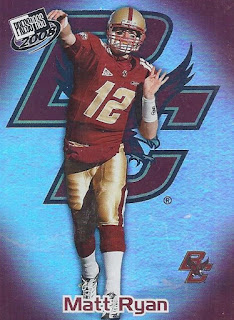 2008 Press Pass Matt Ryan - When they had a license for the NCAA, Press Pass had some nice looking cards.
1989 Topps Traded Dave Waymer 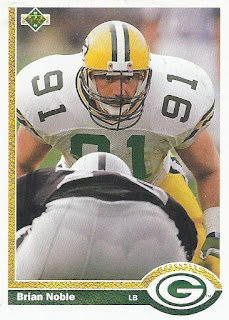 1991 UD Brian Noble - Such a simple photo in concept, but so great. Despite the presence of Raider hinder.
2006 Topps Ryan Moats 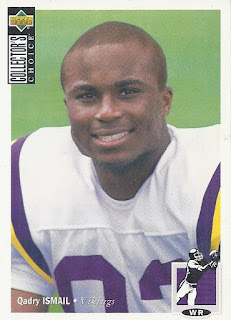 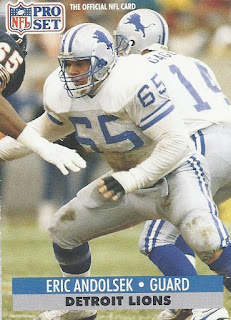 1991 Pro Set Eric Andolsek - I knew I remembered this name from somewhere. Sadly, it was due to his early passing. 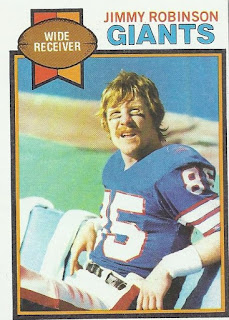 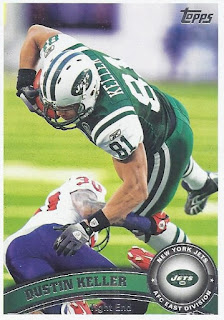 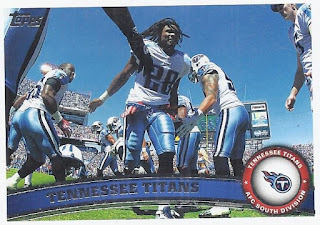 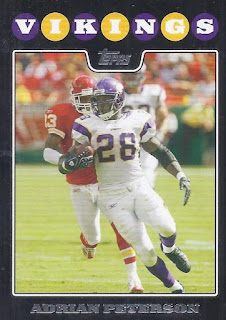 2008 Topps Adrian Peterson - I'm not sure what sub(?)/set this is from, but Peterson cards aren't what they once were as pulls.

And for my next post - the other side of the repack!
Posted by buckstorecards at 23:17