What does one do when faced with a group of cards of which only a couple could be logically grouped together in a mini collection? Put them all in one post! 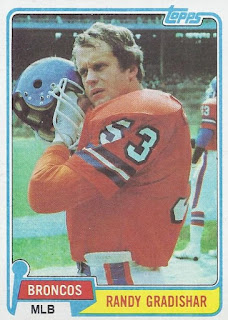 This is the oldest card in my post. I'm not a Broncos fan, but the old orange uniforms are nice. More in tune with my collecting tastes, I like e that he is holding the helmet to his head like someone trying to hear the ocean in a seashell. 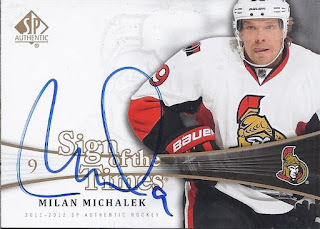 Usually when my card show posts feature a Milan, it is 2/14 binder mainstay Milan Hejduk. In this case, it is an on-card autograph of Milan Michalek. What he loses in legibility he makes up for in size, even though he didn't get the note that he was supposed to use the white space. 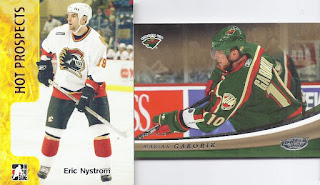 But, the 2/14 binder wasn't completely forgotten. 2 new hockey cards for it, 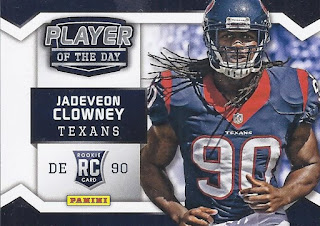 and a new football card as well. That's my 83rd Gaborik, my 15th Nystrom and my 9th Clowney. 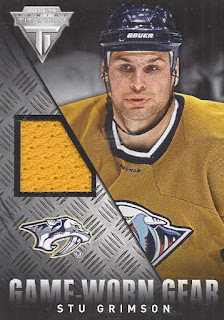 The Grim Reaper relic! I'm somewhat disappointed though that despite the photo featuring those hideous mustard jerseys, that the relic isn't from one of those. If ever a jersey deserved to be cut up for relic cards, those were among the most worthy. And this also means I should probably try to seek one out via COMC. 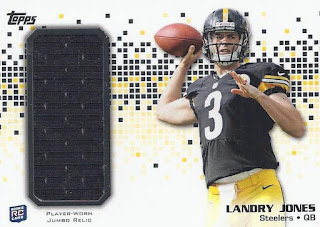 One of several "because it was a dollar" cards I added. Landry seems to have thrown exactly the same number of passes in the NFL as me. But, I guess he has to wait until Roethlisberger  does something really stupid to get playing time. 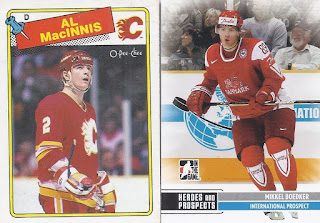 2 more cards for my Rangers alumni collection. How did I not already have that pushpin OPC card of MacInnis? 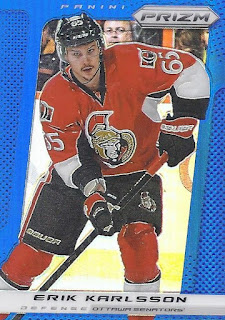 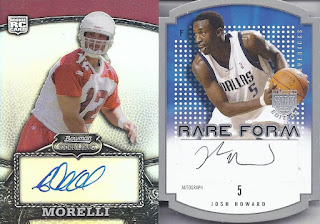 Here's a pair of autos I picked up for the next time I have a mailing to send Jay Barker Fan's way. The Morelli is the Refractor parallel /199, while the Howard is numbered to a far odder /880. 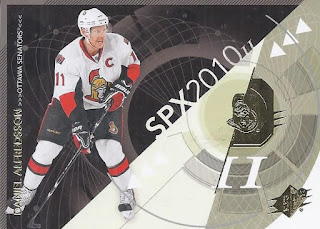 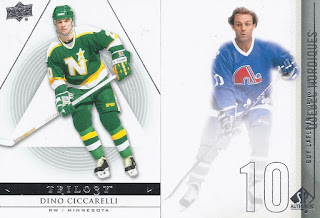 Next up, a pair of classic uniforms of defunct teams. 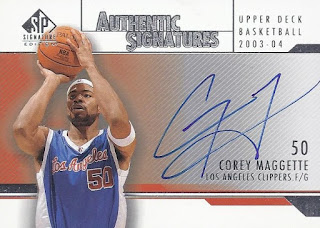 This was the other "because it was a dollar" card in the break.  A nice large on-card autograph is always a welcome addition to the binders, especially when it is of someone who carved out a pretty good 14-year career for himself in the NBA. 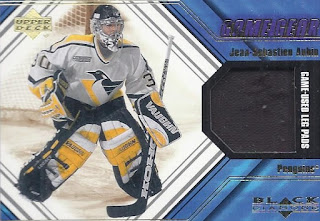 And finally, a relic for the masks collection. I always like grabbing relics that are not your standard jersey swatch. So, here's a leg pad card instead.

And there you have it. Total cost of all these might have been a little over $10.00.
Posted by buckstorecards at 09:30