Basketball and Football Goodies from Too Many Manninghams

Continuing to work my way through the envelope. I was going to do the hockey today, but with the CFL season starting this past weekend, it seems like a good idea to do football today. And since I didn't have a lot of basketball in the envelope, I'll throw that in as well. 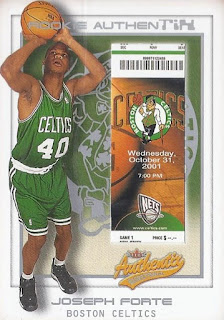 Starting off with a new card for my burgeoning Celtics collection with a  manu-ticket relic. If that makes sense. Forte had a short NBA career, but is still active playing overseas since 2005. 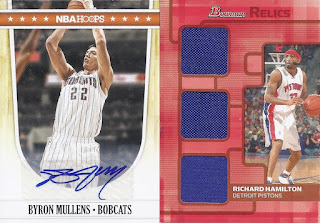 As always, my 2/14 collection got a boost, adding a pair of hits. This is my 2nd autograph of Mullens, and my 8th relic of Rip Hamilton. 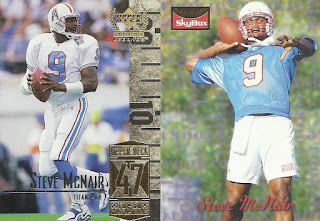 The late Steve McNair moves into a solid second place with 29 total cards with these additions, gaining a 5 card lead over Drew Bledsoe and David Garrard. 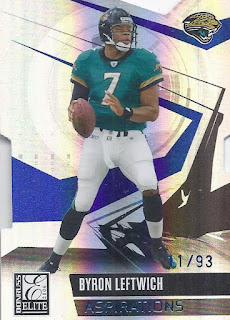 I think Dennis sent a card of the wrong former Jaguars QB. 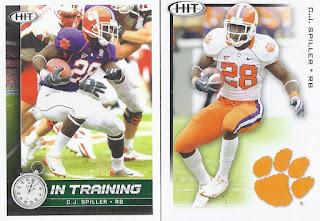 And to wrap it up, some cards of former Bills. Yes, this might appear to be a Clemson card, but since Spiller went to the Bills, it goes in the Bills binder. 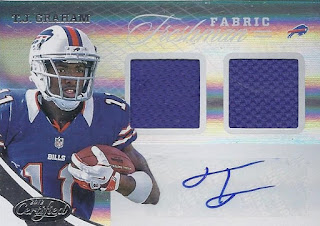 Darn, my collection has a lot of TJ Graham in it. But he's still a Bills alum, and this is still an addition to the hits portion of it. 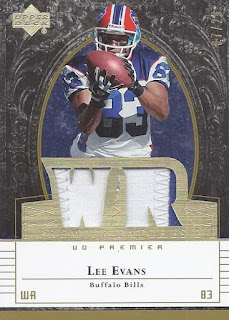 And here's the other Bills relic. This actually (supposedly) a game worn patch from Lee Evans. Lee is another mainstay of my Bills collection. Mainly due to additions from trades w/ Dennis.

So, just hockey to go! Probably tomorrow. Unless something shiny distracts me in the mail.
Posted by buckstorecards at 14:10