And the box will finally draw to a close with this post. But, considering I dropped a Youppi!-intensive bomb on him recently, my mailman's back is likely in panic mode in case fire is returned. And now, the Pacific Division goodies. 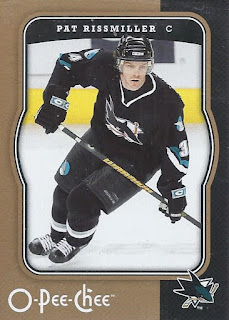 Only one Shark in the whole package, so why not lead with it? Pat Rissmiller: This Bud's For You. 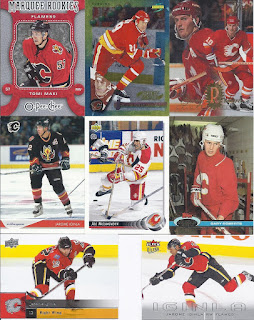 I didn't really do a count by player, but Jarome Iginla would definitely be another candidate for player that made the most appearances in the box. I'll just ignore that one of them featured the flaming snot horse logo. 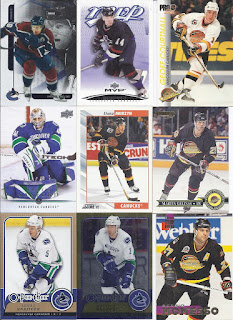 And here's a team with quite the variety of jerseys. Incredibly, with a 800+ cards, not a Sedin sibling among them. 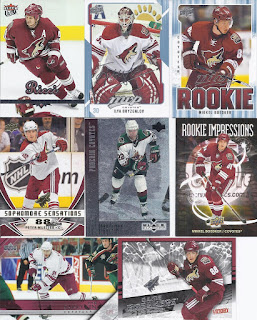 A pair of new Mikkel Boedkers for my Kitchener Rangers alumni collection, and a pair of "I completely forgot he played in Phoenix" guys in Gartner and Ricci highlight the Coyotes in this box. 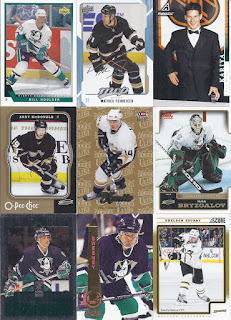 No, that Paul Kariya card doesn't make him look at all dorky. That's Teemu on the lower right on yet another entry in the example of cards that look a lot better when they're not scanned. 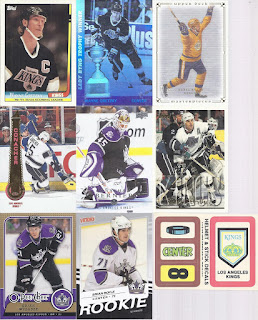 The oldest item was that LA Kings sticker from 1978. I also got three of those Gretzky hologram cards. Holograms are always great. 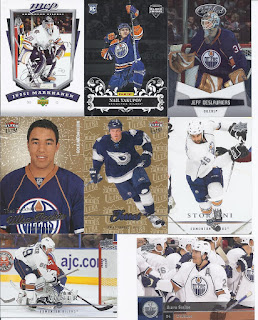 And finally, Edmonton. The last of the Black Friday cards is highlighted by a great photo on Yakupov, with the Panini logo helpfully on the rinkboard behind him. As shown by the card in the middle, the Oilers one attempt not to use their usual logo was really not the best idea aesthetically. 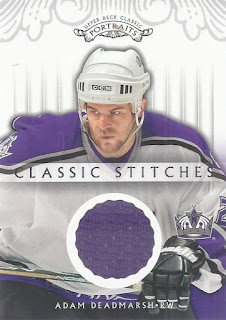 And the only Pacific Division hit to wrap things up.

Posted by buckstorecards at 12:29