And boy, would someone who is a Cleveland fan have loved this box. 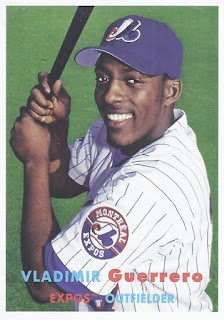 I know everybody has seen the base cards many times over, but I'll still show a couple of my favourites. It is really nice to see Vlad making appearances in the sets with retired players. I was hoping this would make a second appearance in the other box so I'd have one for my set build and one for my Vlad collection.

Turns out available dupes won't be an issue. 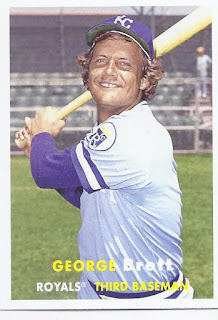 And both the base cards I highlight are 1957s. But, wouldn't you highlight a card where George Brett looks more like Alfred E. Neuman or David Letterman as opposed to a baseball player.

And off to the inserts: 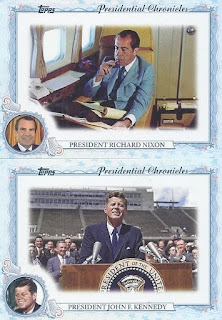 The President inserts are probably the least interesting to me. But, I guess my stateside readers wouldn't be too happy pulling a pair of cards featuring John Turner and Joe Clark. 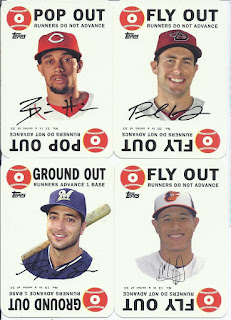 Nice names for these game piece cards, even though none of them feature results you'd really want to see if you were actually playing this game. 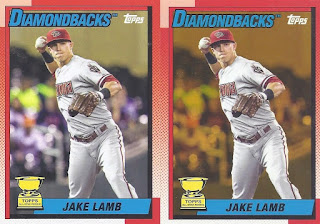 I originally thought I'd pulled dupes of this Rookie Cup card, but one is a gold /50 parallel. 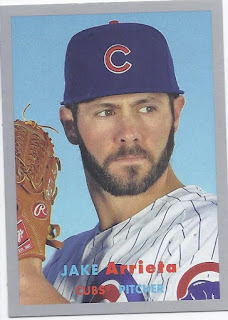 Here's the only other numbered parallel in the box. The card is nowhere near as off-center as it appears. I'm just too lazy to re-scan. 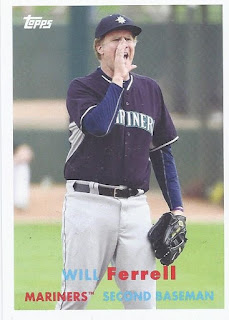 Here's the Will Ferrell card for the set. 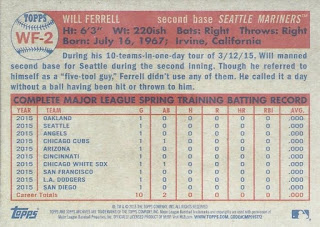 I like the backs of these far more than the backs from the Major League inserts last year. Maybe because there were actual game stats to go alongside his MLB career.

But, I said this box was made for a Cleveland fan. Here's the proof. 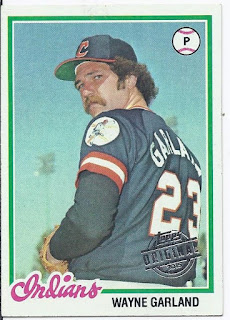 The one per box buyback card was a Cleveland Indians card. 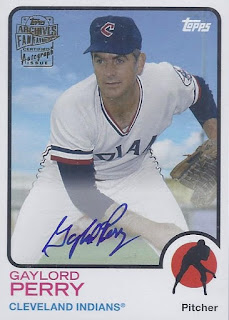 One of the autographs was also for Cleveland. An on-card auto of a Hall of Famer? I'll take it! 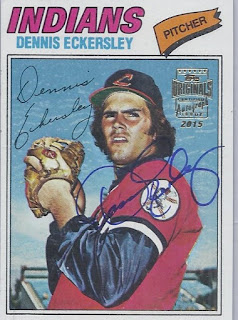 A buyback autograph of another Hall of Famer, this time numbered to 10. Wow. 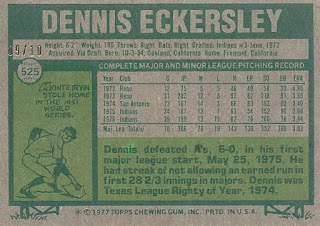 I'm not a really big fan of busting packs and putting things right on ebay or other reseller sites, but I really think this will be up there by the end of the evening. At least I should be able to make my money (errr... COMC credit/Blowout gift certificate money) back on this, at least for the one box.
Posted by buckstorecards at 14:17