Hockey Goodies from Too Many Manninghams

Time to (mostly) wrap up the trade package with the hockey portion. 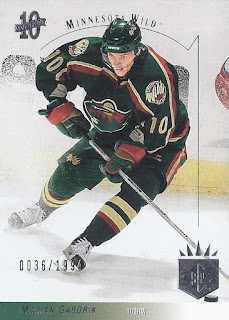 The big additions to my collection were to my masks and Sens/Alfie collections, so I'll lead with the odd card in the envelope - a new addition to the Gaborik portion of the 2/14 collection. This is a 10th anniversary card, numbered to 1994. They also brought this look back for last year's SP Authentic, but not numbered. 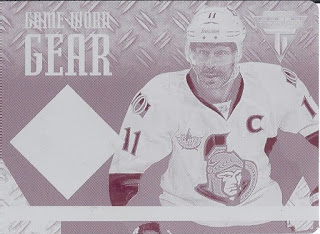 On to the Sens portion of the collection. And my 4th Alfredsson plate, and my 3rd plate used in the production of this GWG card. I one away from the complete set, and any desire to complete the rainbow is reduced by the fact I'd likely pay a really, really, really stupid amount for the final plate. 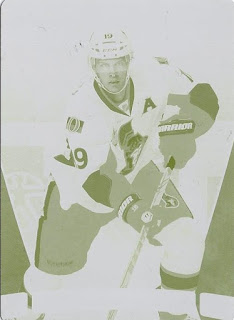 Thankfully, though this is the second Rookie Anthology plate of Spezza, my previous one was from 12-13 RA. This is from 11-12. Whew! Temptation halted. Still, two nice plates for two different binders. 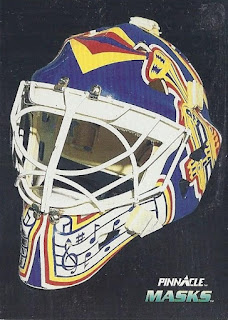 Off to the mask binder, starting with this pre Cujo mask of Curtis Joseph. The Cujo motif was a couple years off, but this is still nice and a trip back to a simpler time. 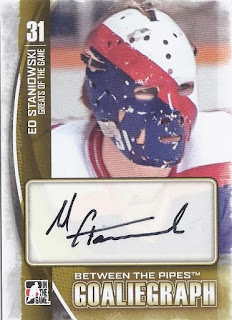 And finally, off to the autos for the masks binder. The big highlight here was this classically simple mask from former Winnipeg Jet, with a photo so clear you can see the paint chipping. 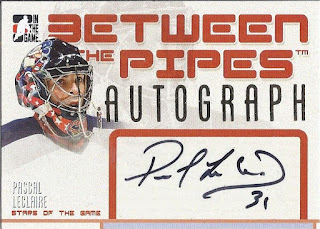 And here's an auto from someone who would be a Senator in the future. ITG always does a great job with their stickergraphs, making the design work with the eventual sticker instead of just slapping it on to a random spot. 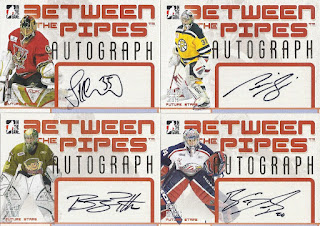 And to wrap it up, a series of autographs of Future Stars. Not really, but their were a pair of Senators draft picks in this mix. Jeff Glass is rocking the Binghamton Senators uniform on his card, and Ryan Daniels was also a Sens draft pick. Sauve spent several years bouncing back and forth between the AHL and NHL, and as for Bryan Pitton.

He might have been given the worst rookie card of all time.

Which amazingly I don't have a copy of.

And that wraps up the trade, except for a trio of cards for Canada Day. Thanks for all these so far!

Posted by buckstorecards at 15:54