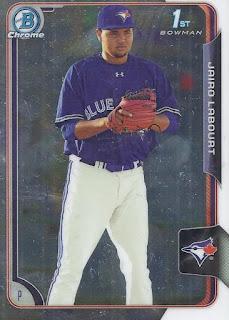 This was the only baseball card in the envelope. This is my first Chrome Jays card of the year, after pulling the paper base of Edwin in the jumbo pack I got at the Expo. 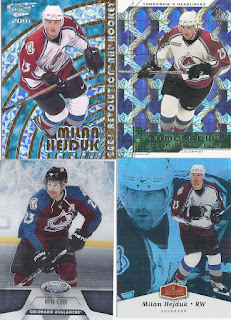 Hockey was highlighted my a 4 pack of Milan Hejduk cards. Shane hoped he didn't get too many dupes for my various collections. He batted .500 with these, as both of those garish cards in the top row were new. Milan now moves into the overall lead in terms of individual players. 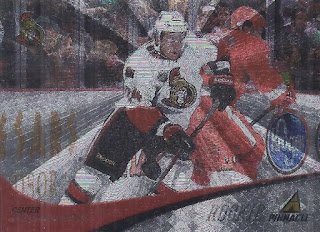 The Senators portion of the PWE was highlighted by this delightfully loud Stephane Da Costa. 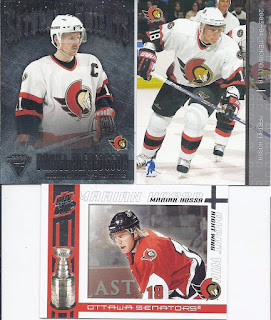 Alongside a trio of cards that are nowhere near as loud. The Alfie looks like it could be, but it just has a dark background, and the standard foil name.

That actually gets me all caught up on mailings! Now if only I could get caught up on my still 3/4 full COMC box.
Posted by buckstorecards at 16:10