I mentioned this in my post yesterday, saying that I picked up a non-SP set of Allen & Ginter 2008 cards. At $10.00, it was too great an deal for me to refuse. So, I figured "Why not take care of a week's worth of posts by looking through the set and showing some of my favourites?". Seems like a plan. It beats being creative.

Before I start, I've got a question. It seems that a previous owner of these cards was a heavy smoker, and the cards do have that tell-tale odour. Is there any way to clean that from them? When my next door neighbour tried to burn his house down by welding on his front porch, I pretty much had to go through a bottle of Febreeze at a rate of 1 per room to clean the stench. I don't think that's the best option.

OK. Aroma related issues aside, away we go. I'll do this in groups of 50. 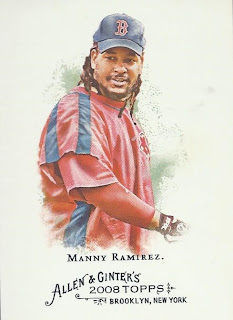 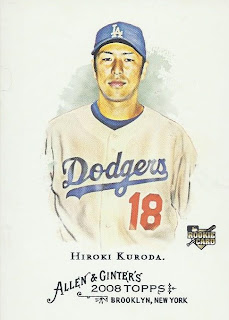 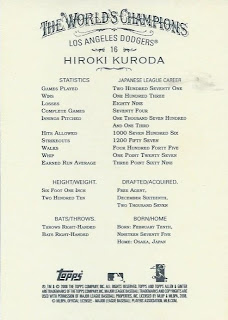 #16 - Hiroki Kuroda. I love this one because of the back of the card. Stats from his Japanese career on the back?! Awesome! 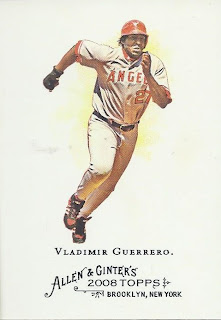 #20. Vladimir Guerrero. You just knew I'd love any sort of Ginter Vlad card. This was one of the few cards in the set that I'd already owned. 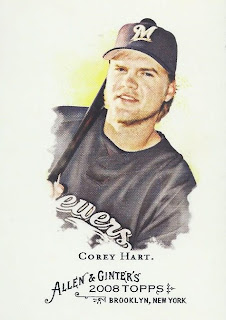 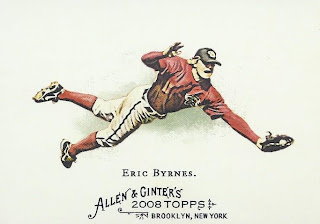 #35 Eric Byrnes. There aren't too many action shots in the set, but the ones that are in there are really great. 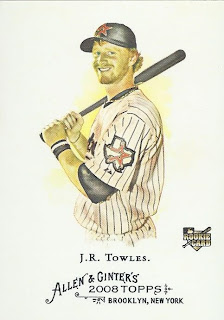 #39 JR Towles. I'm a sucker for cards with patches on them. I don't think I could have asked for a better one of the then Astros logo. And it is on an obscure player as well. Perfect! 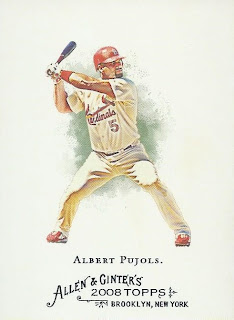 #50. Albert Pujols. And this might be the only true dud of the first 50 cards. It's a shame it is on a star player. The back lists Albert at 6'3, but this particular shot and the framing makes him look a dwarf.

There's a quick thumb through the first 50 in the set.

Posted by buckstorecards at 14:21