Best of the Rest: My favourite 9 from the Bowman set repack

As I wrote yesterday, there were 5 packs of cards that accompanied the Bowman set with that interesting miscut on the Brett Hull back. Strangely, that seemed to be the only one in there with anything close to that type of miscut.

Anyhow, 5 packs. 31 cards. Let's look at my 9 favourite among those. Why 9? The number I could fit on the scanner. 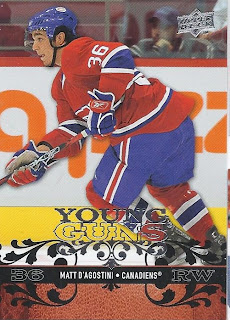 #9. 2008-09 Upper Deck #225 - Matt D'Agostini - Young Guns. A YG card of a player still in the league would be higher, but I already grabbed one of these in the Shoebox Legends draft a few months back. 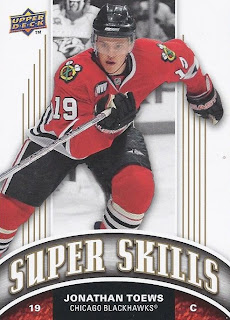 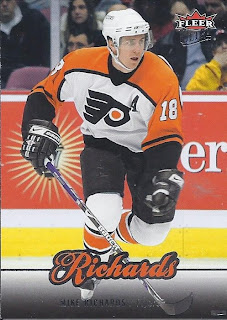 #7. 2007-08 Ultra Mike Richards #50. Among my several binder projects, I'm also working on one of players who played for the Kitchener Rangers and made the NHL. Richards was a key part of the 2003 Memorial Cup winning team. If I didn't already have a bunch of Richards cards already, this could have moved higher. 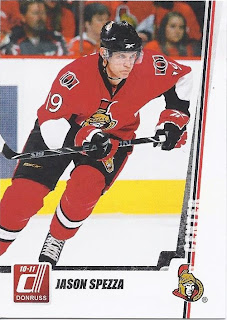 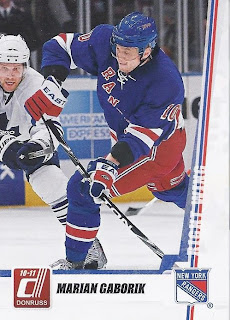 #5. 2010-11 Donruss Marian Gaborik. Gaborik is the player that appears the most frequently in my 2/14 binder, but I didn't have this card yet. 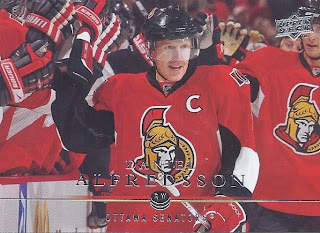 #4. 2008-09 Upper Deck Daniel Alfredsson #62. If I didn't already have this card in both the set and my Alfredsson binder, this great celebratory photo would have been #1. 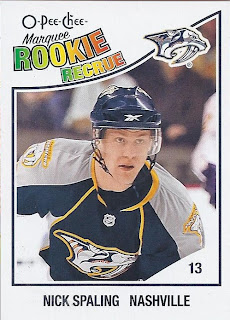 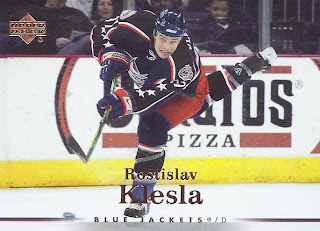 #2. 2007-08 Upper Deck Rostislav Klesla #22. Just a beautiful horizontal photo. Klesla looks more like a figure skater than a hockey player with the complete extension on the wristshot. 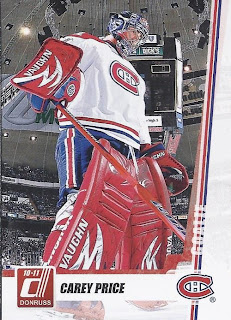 #1. 2010-11 Donruss Carey Price #72. Just a great photo of Price readying for a period of action in Pittsburgh. This is the type of photo that you could see in a magazine or on a poster in a Habs' fan's room. This actually made me say 'Wow!' in reaction to pulling it. What more of a reaction could someone want from a piece of cardboard?

Posted by buckstorecards at 06:57