Major news from the land of Dollarama repacks! The hanger portion of the 15 cards for a dollar repack has changed. It went from this: 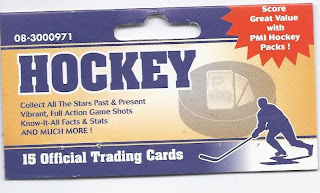 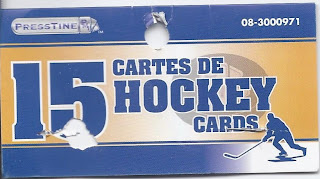 I will miss the "Know-It-All Facts", but using the term "Vibrant, Full Action Game Shots" to describe a repack that includes at least 1 1990 Bowman in every one is quite the stretch. The cards are pretty muich the same style, though. Let's take a look, starting with the 2 visible cards on each side of the baggie. 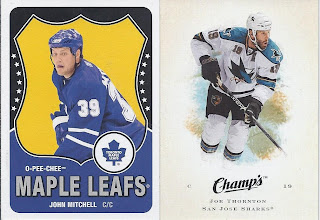 010 Retro Parallel John Mitchell & 2008 Champs Joe Thornton. The two visible cards on each side. A retro parallel and an old-timey-esque Champs card made me decide to grab this one. The handful that they had showed nothing that fit into any of my collections, so it was more or less decided by the retro parallel. Way back when, John Mitchell's mother was a co-worker of mine. 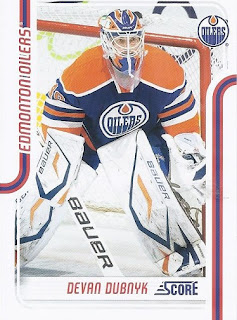 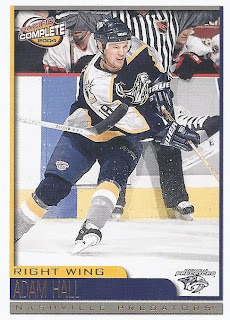 2003 Pacific Complete Adam Hall. I don't think I have ever pulled one from the Pacific Complete set before. I always love coming across cards of journeymen type players. He's still active in the Flyers organization, and has played for 7 different NHL teams.
2005 Upper Deck Radek Bonk.
2001 Upper Deck Jeff O'Neill. 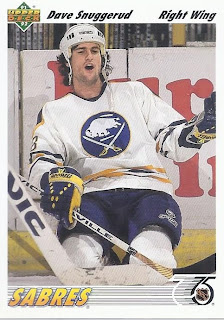 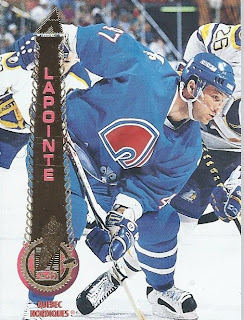 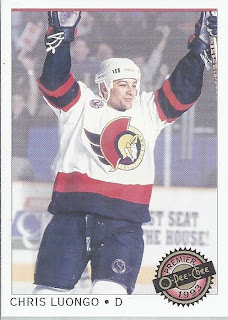 1992 Chris Luongo. Much like with the Blue Jays, I'm also working on an alphabetical Senators project. Chris was a need! WOO-HOO!