Back to the mailbag, and the hockey portion! 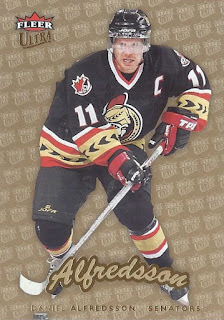 The trade portion of this is going to be entirely from a TMV mailer. After finally entering my Alfie collection into TCDB, it is nice to know this is my 488th Alfredsson card in the collection. That doesn't include a couple Leaf printing plate 1/1s that aren't in the database. I should probably do the Wright/Delgado/Vlad Sr stuff at some point too. 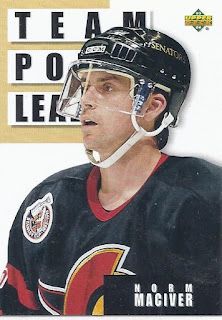 If Norm MacIver is your leading scorer, your first expansion season was probably miserable. 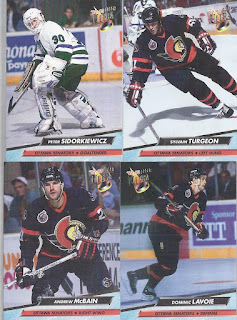 Here's some more from that not-so-memorable first season. 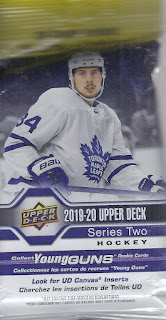 There was even some wax in the mailer! 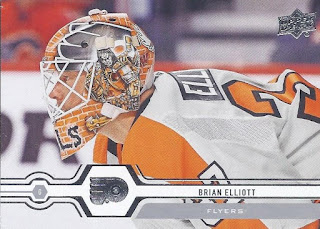 The highlight was getting a dupe of this Brian Elliott card for the mask binder, featuring another (in)famous mask wearer. Casey Jones was also on his mask during his time with St. Louis. 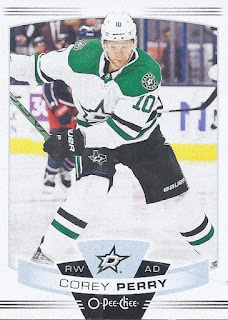 And here's an insert for this release, but an update card my OPC set build.

Mailer #2 with hockey cards was from Upper Deck itself. Let's see what is in it! 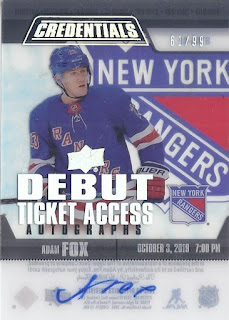 I'm going through these in the order I entered them in UD's site. I entered this at the very end of April, so not too bad for this. Even if Adam's signature really doesn't seem to be the type that would take too long to produce. 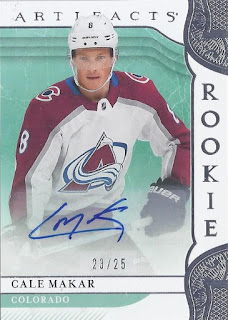 I entered this one in mid-May, and it is probably the biggest of the three that were in this. While Cale Makar did have live autographs in the set, he was also named part of the SP rookie autograph portion of the set. So, I had to wait for this one, which adopts the design of the base rookies in the set. 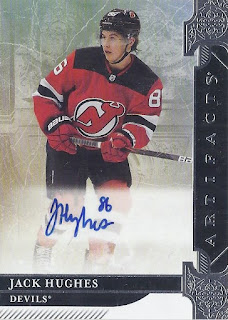 And although I posted the redemption for this earlier this month, I entered about a month back when I was in the process of busting my Score 2020 box. It's the #1 draft pick, one of two Hughes brothers to make their debuts .this season. And given the questionable penmanship nowadays, he is probably in the upper echelon in terms of penmanship.

Interestingly, I got these three autographs, but still haven't received the regular non-auto rookie redemptions. But I see some on ebay, so they should be here shortly.

Baseball next!
Posted by buckstorecards at 18:24