The recent incoming mail consisted of two bulky envelopes, and 2 smaller ones. Instead of going through them by sender, I'll do so by sport. The two big ones were from Kerry & Dennis at Cards on Cards and Too Many Verlanders respectively. There was also the group break envelope, which you saw the card contained last post, and an envelope from Upper Deck.

I'll do the hockey next, but here's the hoops. 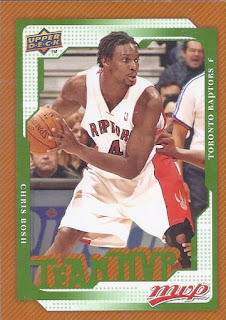 While there have been a couple players who have made brief stops in Toronto that have been enshrined in the Hall of Fame, Bosh will probably be the first that you think of as a Raptor before any other franchise. Criminy, MVP has been consistent in producing busy (ugly) designs.

Most of the content from Cards on Cards was recent stuff, but there were a few "Hey! I remember these guys!" cards. 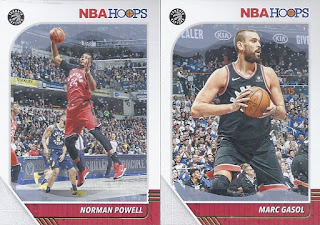 I didn't see any Winter Hoops blasters on this side of the border, so the cards from this parallel release are welcome. 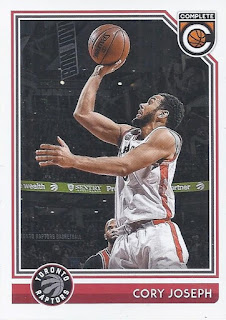 I would occasionally see Complete, though. 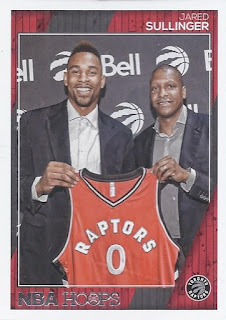 When I first pulled this card, I wondered if Ujiri did TTM autos. Now that I've got an extra, maybe I'll find out. 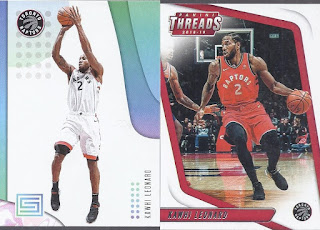 He might have been one-and-done, but Kawhi cards on the Raptors still command a nice premium on this side of the border. 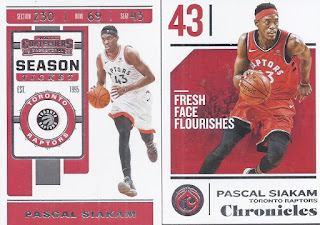 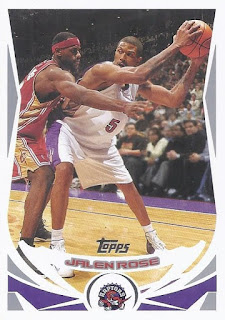 All of the Raptors content in this post came from Kerry's mailer, except this one. I'll guess this is a Wolverines dupe. That theme will continue when I get to the Bills content of the mailer.

There you have it! Thanks for these, and in advance for all the cards I'll be posting over the next few days.
Posted by buckstorecards at 12:23

Email ThisBlogThis!Share to TwitterShare to FacebookShare to Pinterest
Labels: Raptors