When I do football updates to my 2/14 collection, there's a familiar group of players that show up. Among former players, Jim Kelly and Steve McNair show up often. Current players certain to appear are Alshon Jeffery and Jadeveon Clowney.

My most recent COMC shipment included none of these guys. In fact, with these additions, only two of the players are even at double digits in the collection. 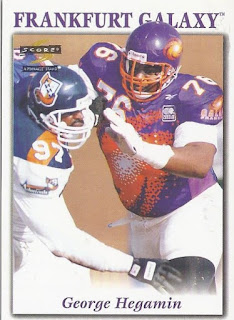 George Hegamin's portion of the collection doubled with this addition of his second card. I think this is also my first WLAF card in the collection. Either way, the Frankfurt Galaxy jersey definitely makes this far more interesting than his Dallas Cowboys card. 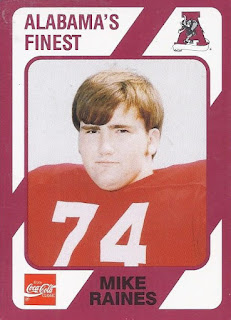 Also doubling up is Mike Raines, hitting 2 cards with this historical entry from a Crimson Tide set. The first card was a jumbo entry from an early 80s CFL release, so it is nice to have a normal-sized one. 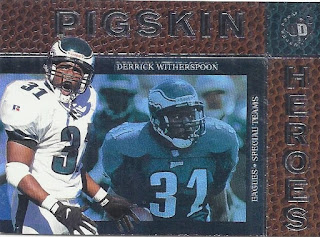 Derrick Witherspoon reaches 3 cards with this rather busy entry. The border of the card is textured like a football (appropriately), while the background photo is refractory. 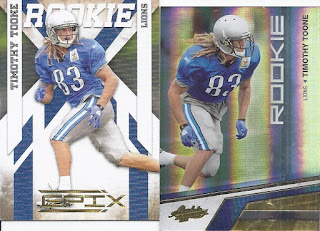 Another player who had their count double was Tim Toone. While I do note I have 3 #1 NFL draft picks in the collection, I do also note that I have a former Mr. Irrelevant in Toone. Both these cards are numbered, with the Absolute being /299, and the Epix being /100. 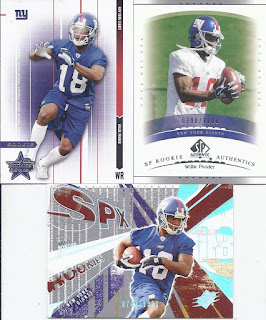 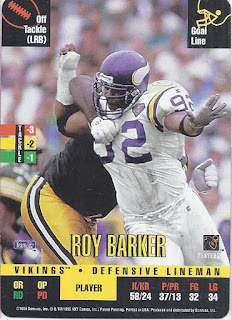 With 11 cards after this one for added, Roy Barker was the only one in double digits before this mailer arrived. 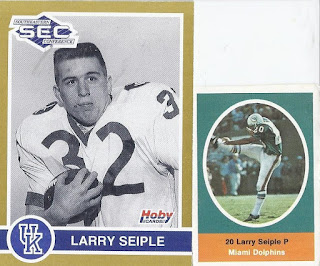 And moving into a tie with Roy Barker at 11 cards total in the collection is Larry Seiple. That UK is my only card of him where he's listed as a running back, as all his NFL issues have him as a punter or a tight end.

And there you have it!
Posted by buckstorecards at 07:00