Today, some cards from a case break that arrived just before my trip. Spectra means shiny, so how shiny were my acquisitions? 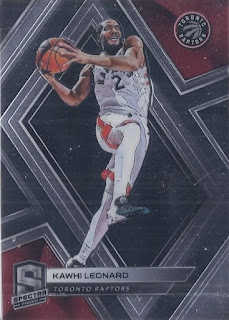 The base cards are neither super colourful nor shiny, but this is still a pretty nice looking addition to the Raptors collection. 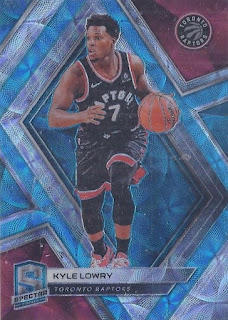 This, however, is. The Raptors also had appearances in the base set of Jeremy Lin and Marc Gasol (listed with, but not pictured as Raptors), but this was the extent of my Raptors acquisitions. But at least they were inexpensive to grab.

I also picked up the Pistons under the same "Hey, they're not an expensive team. Maybe I'll go against the odds and get something nice." philosophy. How did that do? 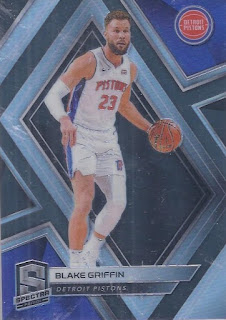 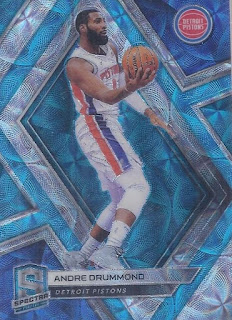 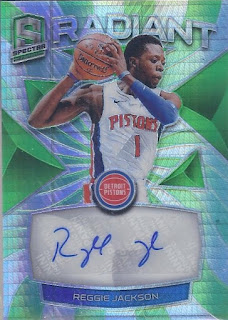 But I got some ink for this team, and my first Reggie Jackson autograph. Of either one. But at least this one never attempted to kill the Queen.

This definitely made it a worthwhile pick. While I didn't get a Raptors autograph, I did land one of a Raptors alum. He spent part of their first season with the team, after being picked in the expansion draft from Miami.

There you have it!
Posted by buckstorecards at 06:54