I haven't picked up much in terms of SP Authentic over the years. Maybe a sample card here or there, or something in a repack, but I really don't have the desire to drown in dummy cards while chasing a couple autos. So, this retail variation is more my speed. 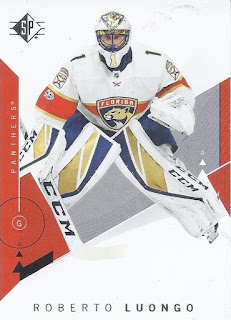 First card out of the 3 packs was this Roberto Luongo. 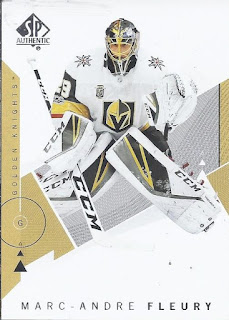 When compared alongside the design of the regular SPA, the only difference here is the logo on the top. 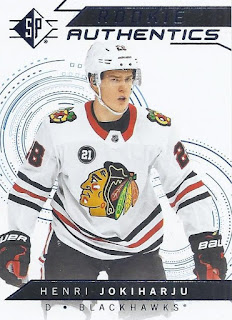 All 3 of the packs contained a base rookie as well, with them comprising the final 40 cards in the 140 card base set. I guess they're slightly SPd in the overall print run, but still not severe enough to annoy someone trying to set build. 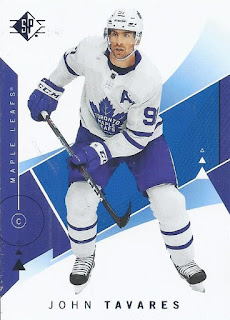 The most common SPA base variations are red, while here they are blue. They do appear less loud than the hubby versions, although I may be judging thatbased on how well this works with the Leafs uniform. 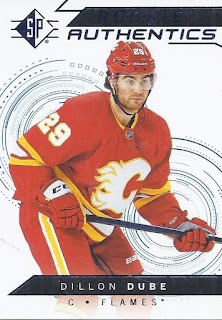 Pack 2's only card of note was another Authentics rookie. 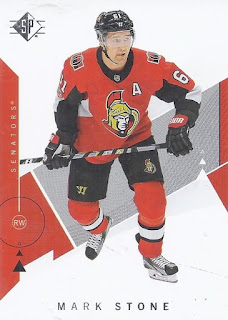 But Pack #3 did land me a Sens card, the only one in the break. 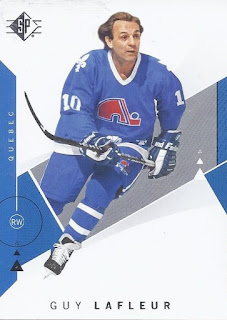 And a very sharp base card of Guy LaFleur in Nordiques colours. Any appearances of the classic Quebec blue is a certain keeper. 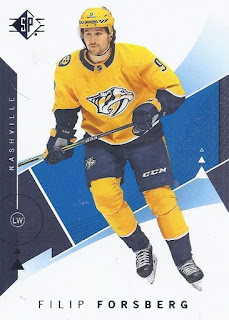 A second blue parallel. It doesn't work as nicely with the Preds colours as opposed to the Leafs colours. 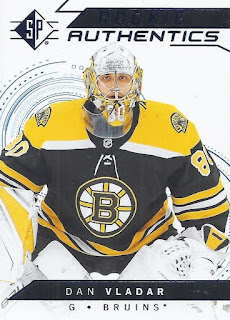 The third rookie of the packs. No huge names overall in this grouping, but when the outlay is less than you'd pay for 2 packs of the hobby, you're not going to be as upset with the results. And you'll enjoy cards like the LaFleur more.