When In Doubt, Rookie Anthology

Yup. Another box of RA. I still have a few more boxes that I busted a while back, and really am just waiting to recap those when the mood strikes me. 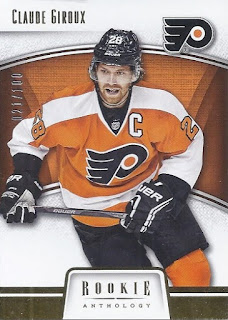 I'll always lead with a /100 gold parallel should there be one, and there was this one in this box. A new one for my "I swear, I'm not building this parallel set" set. 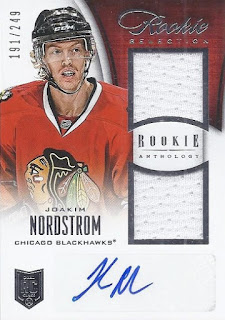 If I get one of the base Rookie Selection, all I can do is hope that I can find a new home for it, whether in the collection of a trade partner, or in my latest COMC submission. In this case, it will be the former. 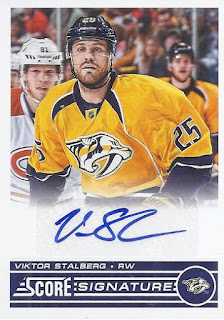 This may not have been a mega name for the Score autograph, but it was one I didn't have and was of a player with a decent run on this side of the Atlantic. That's far better, and more interesting than a one-and-done rookie.

Your Prizm base content. Only the Jesper Fast rookie was new to me. I'm 16 away from the base set of this, which is nuts considering I haven't built the real one. Not having the base Kucherov should be enough to keep me from going for it, though. That and there seems to be no unopened wax out there of the base product. 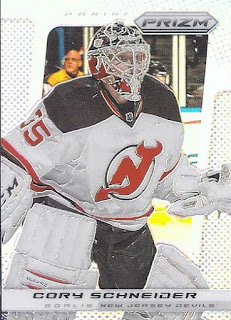 But this nice, shiny Prizm insert. That's a new one! 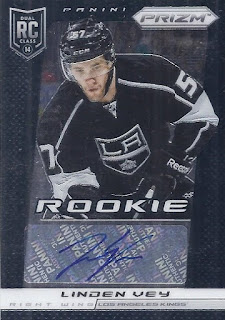 As is this auto. Vey spent some time with the Canucks and Flames in the following season, and has been in the KHL the past few years. 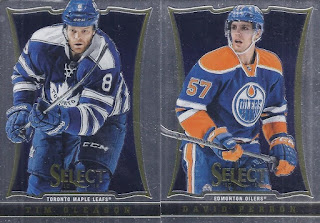 Nothing new with these two Select Update cards. 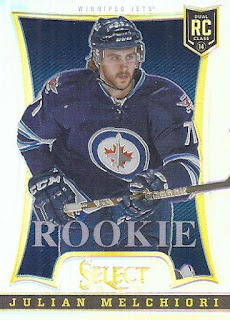 But this was a nice new shiny card. Melchiori is also a Kitchener Rangers alum, so that's a bonus as well. 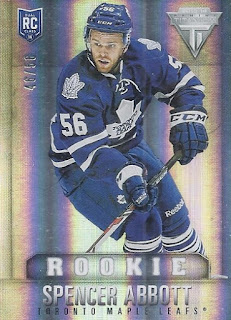 The true rookie (#'d to jersey number) is about 60-70 cards deep in this. What are the chances that this, which falls about one or two per case, would be a dupe for me? Abbott spent one game with the Leafs, one with the Blackhawks, and has been overseas the past few seasons. 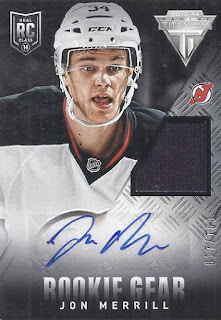 I'm 95 percent certain that I've already sent one of these to Ann Arbor in one of my multitude of mailers, so I'll be keeping this one.
*double checks*
Make it 100 percent. 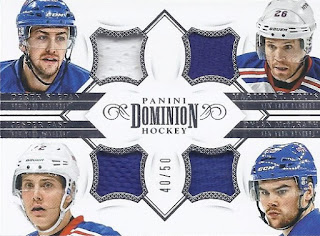 Tiny windows, but a nice looking card. I wish they'd match up the jersey in the photo with the colour of the swatches, but that seems like a minor nit to pick.
And there you have it!
Posted by buckstorecards at 07:42