I took advantage of box shipping, and picked up a nice bunch of 2/14 additions for 3 of the 4 main sports in the binder. Sorry, baseball. 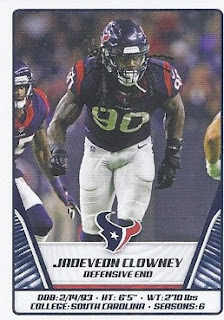 Football was the smallest portion of the incoming cards, and in a common thing with all 3 sports getting bumps, they'll all open with a single addition to the player collection with a single sticker.

Jim Kelly after getting knocked to the turf seems like a questionable photographic choice for the card, but it still counts as one of two new Jim Kelly cards. 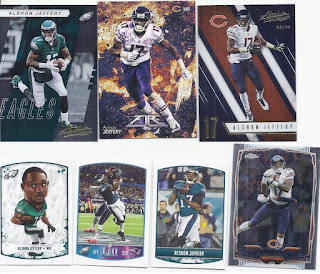 Your big football winner was Alshon Jeffery, who with a combination of stickers, cards, Eagles and Bears moved to 115 items in the collection. All three of the stickers are from the same 2018 release. 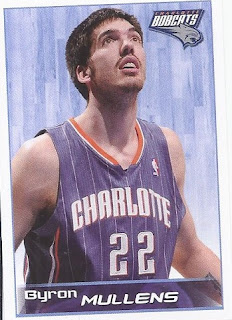 This Byron Mullens isn't as badly angled as my scan suggests. But here's one of the few stickers in the basketball portion of the collection. 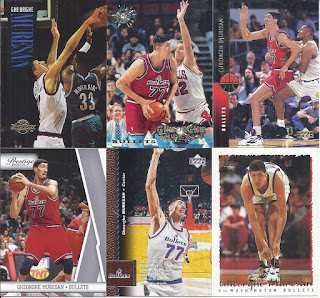 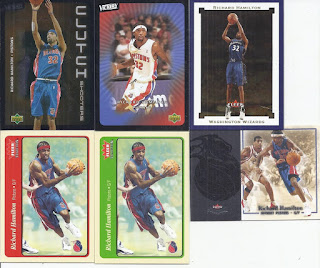 The gap between the first and second place stayed the same, with 6 new Hamilton and Muresan cards being part of the shipment. Muresan's mid-game shoe-tying is the best photograph, but that Patchworks of Hamilton is my choice for design, since that would be such a nice addition for team collectors. 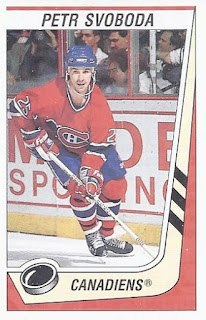 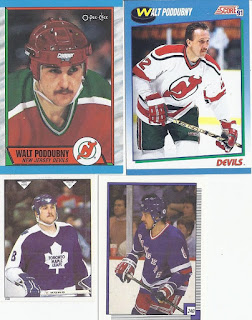 How did I not have that Score already? It is the bilingual version, but I still figure I'd have that one. The same could be said about the '89 OPC as well. That sticker is only the second Maple Leafs item in the entire collection, which seems nuts. But Poddubny is the only 2/14er that played for the Leafs and got cards from his time there. To contrast, both Montreal and Ottawa lead with 6 each. 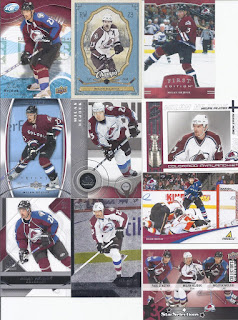 Milan Hejduk lead the way with 25 total additions. Here's a portion of those in a nice scanner friendly group of 10. He remains in the overall lead with 244 cards, highlighted with a SPd double diamond card in this bunch.
There you have it! There was also a bunch of Kitchener Rangers alum in there, and those make an appearance in the next post.
Posted by buckstorecards at 03:30