Sportlots and some new Rangers

I was adding the Kitchener Rangers alumni in my collection to TCDB at the same time I was filling up my sportlots cart, so I guess it made sense to add some here as well. 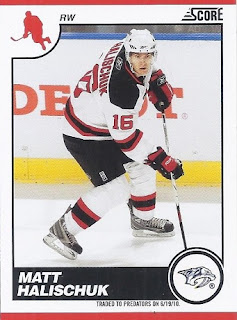 As with the 2/14 cards from yesterday, I'm going least to most, meaning I'll start with a single Matt Halischuk. Many of the cards today seem to fall in the category of "I'm surprised I didn't have this one". 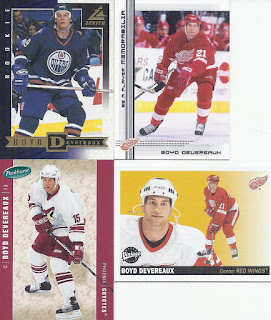 Boyd Devereaux spend a couple seasons with the Rangers in the mid 90s, and was one of the better players during a decade that wasn't really the best for the team. I get three of his four NHL stops in this post, lacking only a Leafs card, of which he only saw a card in 08 O-Pee-Chee. 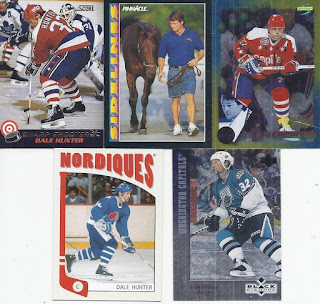 Hunter only spent one season with the Rangers, but a long stint is not a pre-requisite for qualifying for the binder. Part season Steve Mason counts. As does Mike Hoffman (6 games). An All-Star photo, a Franchises card, and a gold parallel does make for a nice grouping. 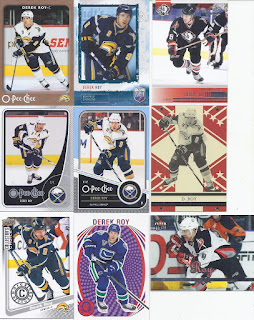 I'm ending with a pair of players who helped bring the Memorial Cup to town in 2003. Eminger started the OHL season with the Caps, but returned mid-season to give the final piece they needed. Derek Roy was the team captain, and was also named tournament MVP. A 4 pack of OPC parallels, some which still exist (Retro) and some which were one and done (Micromotion) are my faves here.
And wow, those 13-14s don't get any less obnoxious with age.
There you have it!
Posted by buckstorecards at 04:30