Let's see what this Prestige pack from Wally World contains! 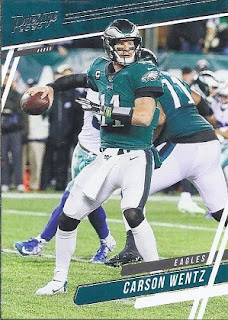 I usually scan the first card out, and this is the first one out of this pack. The design. The field-level photograph seem to be just what you'd expect from Prestige. 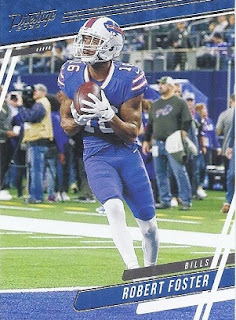 Bills content! Given that Foster didn't really see much action in 2019, I wasn't expecting to see him in 2020 products. But I won't complain about any new card for the Bills binder. 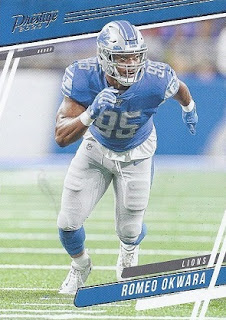 Speaking of unexpected, most of the veteran guys in the base set have likely seen dozens of cards and hundreds of parallels by now.  I always love the appearances of guys without a significant cardboard history, such as Okwara, who only made a previous appearance in 2019 Unparalleled. 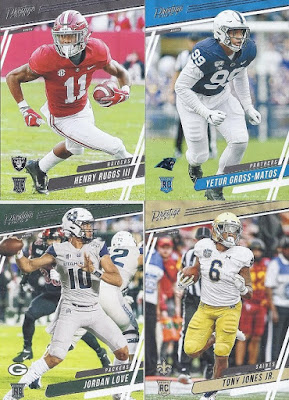 Here's a 4-pack of rookies. A couple decent names here with a pair of first rounders in Henry Ruggs and Jordan Love. They have their teams listed, but we are still waiting for photoshoot or training camp photos for new uniforms (or at least helmets). Alas, since Jordan Love has yet to lead the Pack to a Super Bowl, I can't break out the Giant Spider Invasion clips. 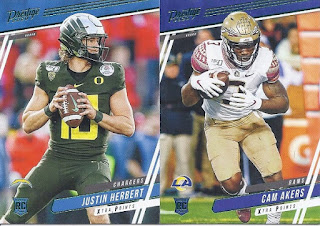 The promised green parallels. Given the colouring, there is no way that Justin Herbert can't be making its way to Kerry form Cards on Cards in a future mailer, while I'll be recapping a PWE from Oregon in the next post. 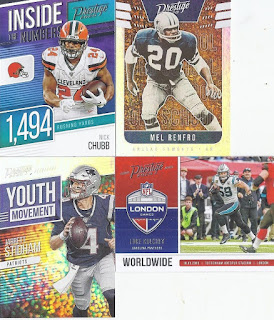 And finally, the inserts. I like the concept of the Worldwide set, but if you were not told that this was from a game played in London, you really wouldn't know. So, the Old School of Renfro gets the nod here.