While the post on Sunday showed off a really great hit from a group break, these ones are not as spectacular. But it did still add some volume to my Mets binder, and that is the important thing! 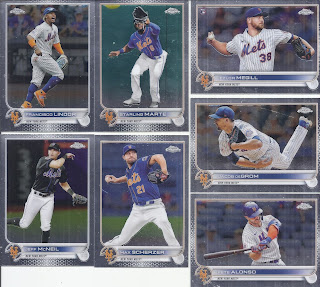 At least I got the Chrome base set several times over. 7 seems just right for a base team set that size. 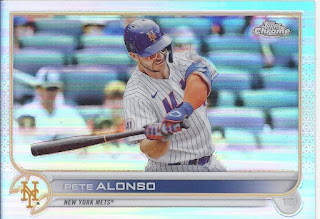 But only one of the Refractors came my way. No beefs though when it is Alonso, though. 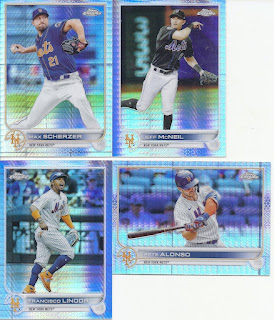 Strangely, I got more of the Prism versions of the refractors than the regular ones. I probably should have paid more attention to the collation of the boxes to see if this was odd. 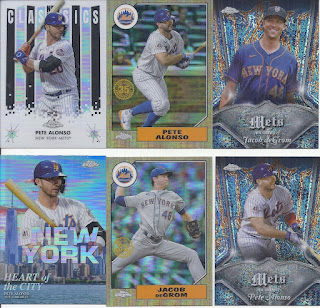 No autos. No numbered parallels. But I did get a nice number of inserts. Even though I wouldn't complain if I had to wait until the 40th anniversary to see 1987 saluted again. 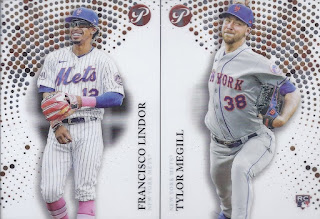 Pristine definitely didn't have the volume of Chrome, as all I managed was this pair of base cards from that. 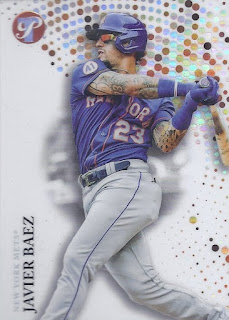 But the # of refractors did equal what I got from Chrome. 1. And why is Javier Baez still getting Mets cards on a mid/late season release? 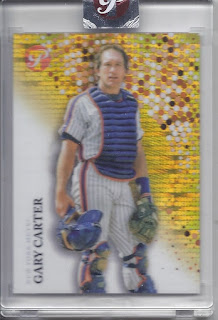 But, Pristine did land me the big card for this post. A golden Gary Carter that is all sparkly and shiny. Numbered to /50 as well! And yes, this one was quickly freed from its magnetic because as nice as this, it would look so much nicer among some of the other numbered Carters in the binder(s).
Although this one is by far the brightest of the lot.
There you have it!

Posted by buckstorecards at 09:27