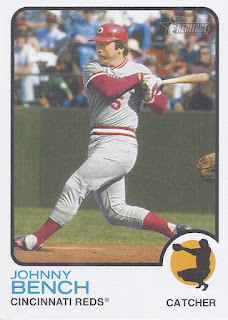 It is only appropriate that I open one of these posts with the box topper. It is the first thing I see when I open the box, after-all. 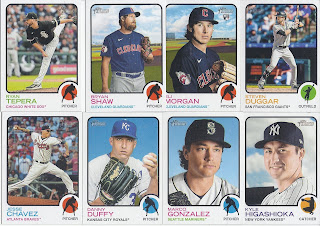 I might as well show off the SP content in this box. It is a good representation of how Topps didn't pile the star names in this portion of the set. 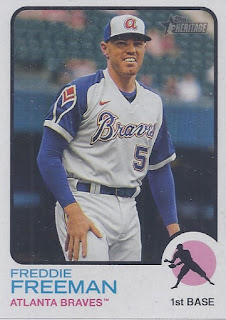 Here's my second photo variation of the breaks, providing a throwback uniform. 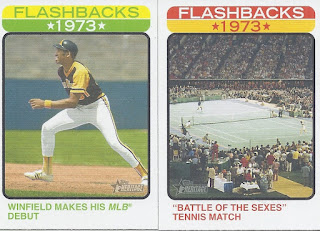 My Flashbacks. Can I consider the 'Battle of the Sexes' card to be an MST3K card, since the Mads impersonated King & Riggs during a host segment during Angel's Revenge? 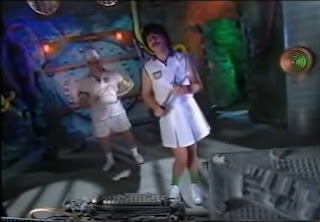 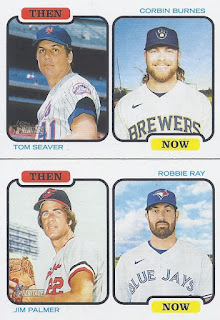 Both my teams make appearances on at least half of the Then & Nows. 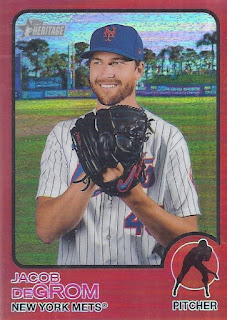 And Jacob DeGrom goes solo on my second red chrome parallel of the break. For me and my PCs, that would certainly count as last box mojo. But I do realize that probably wouldn't do so for most collectors.
So, I ended up saving what is easily the best card of the breaks for the end, not to hold the best back to the end, but because it came out of the one of the last packs that I opened. 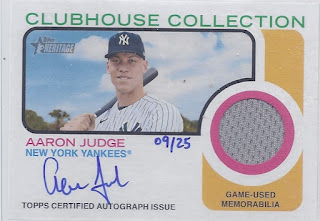 BOOM!
And at only 1:17874 odds too!
I've really been an Aaron Judge whisperer of late, with this being my second big item of his in just over a month. As before, if a Yankees fan can put together a killer package with major damage to my SP wantlist from this set (alongside some Mets goodness), I'd be willing to part with this. And if not, at least I got a pretty solid keeper.
There you have it!
Posted by buckstorecards at 06:25