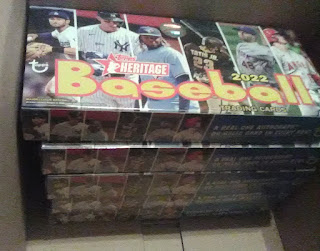 5 boxes of fun to dig into!
So, what will be my first Heritage card to come from the packs in 2022? 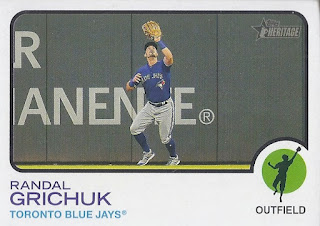 A PC team hit, and an interesting photo. That should be a good sign that I'm really going to have fun building this set and busting packs along the way. 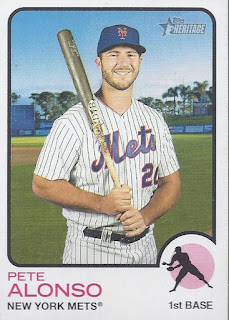 It took a few more packs to get to my first Mets card of the year, but no complaints as to which player that it ends up being. 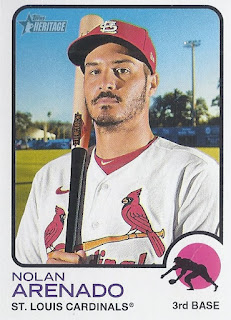 The first pack also contained my first SP of the set. Considering that it is not really filled with star content, unlike some previous seasons, it is nice to get one of the bigger names in there. 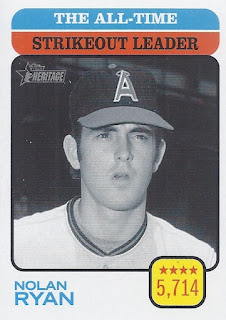 The 1973 set had All-Time Leaders in the 470s, so it is only appropriate that the same occurs this year with Heritage. Even if that places them in the SPs. 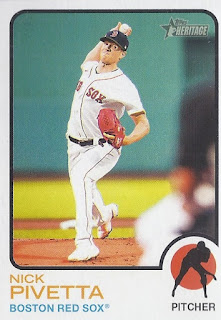 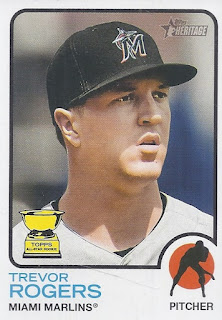 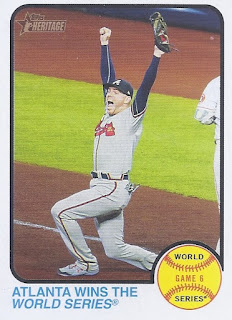 In another parallel between this and the 1973 set, card #210 features a championship celebration moment. While that one featured a team celebration, this one goes solo. It is a nice choice for one of Freeman's last cards with Atlanta. 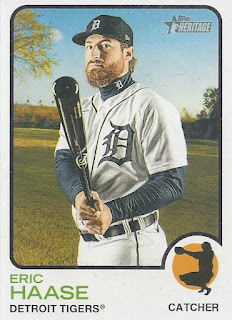 While there are many posed photos in the base set, there are still some interesting ones, such as Eric Haase showing off his best serial-killer eyes. 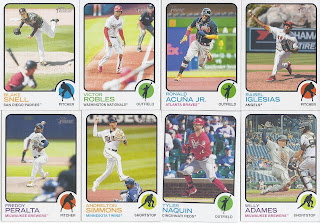 But there are still some nice action shots among the base. 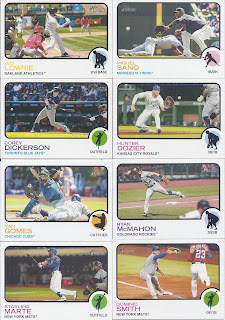 But the horizontal cards are the ones the really give you some unique photos. That McMahon couldn't have been framed better with the runner disappearing into the design. Still, if you asked me which of these was my favourite, I'd probably give you 6 or 7 different answers. The defensive Smith card would probably take the title in the long run. 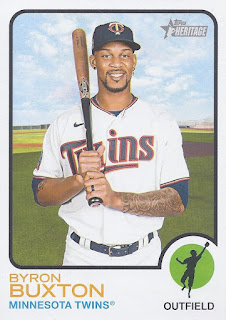 Off to the inserts. I probably should have lead with this as my first card, but since I didn't have to really open a pack in order to find it, I'm not counting it. Especially with the first pulled card being such a great one. 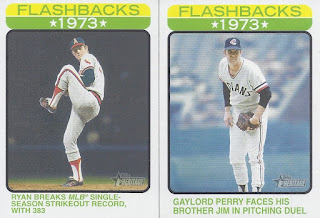 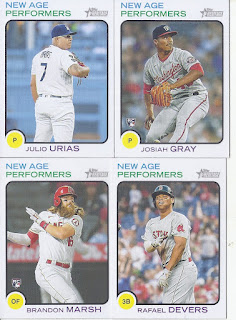 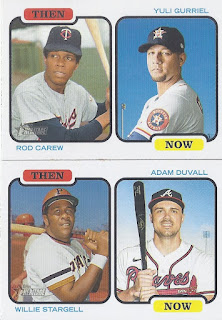 Some of the usual inserts that you'd expect from Heritage. I'm not too sure about the Then & Now design. The strips at the top of the bottom just seem like something you'd see in next year's Heritage release. More of a 1974 thing than a 1973. 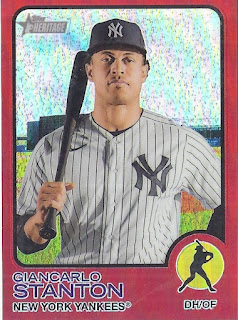 Shininess! It looks like these Chrome parallels are 1-per-box, and this one is numbered out of /573. 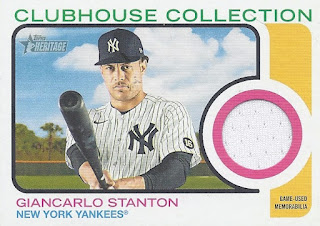 And my first box ends up being a Giancarlo Stanton hot box, as he's also the featured player on the relic hit. Kinda bummed out to get a white Yankees swatch without a pinstripe.
There you have it! 4 more to go!
Posted by buckstorecards at 04:30