I Guess I'm Going For Heritage This Year


I was certain I was going to make an attempt at Heritage the year the 1973 salute came around, with its fun design. Then the lockout came around, and I reconsidered. I then decided I would wait until the checklist dropped, and see how intimidating the SP portion of the set was before making the final decision.
And...
It doesn't look too bad. Not too many huge names in there, Wander Franco is in the base set.
So, sometime next week I'll be working my way through a 5 pack of boxes.
That also means if you're a team collector I regularly trade with, don't be surprised if you get a base, non-SPd set of your Heritage team sent your way.
In the meantime, here's a couple Heritage cards that were in my COMC to-be-posted. 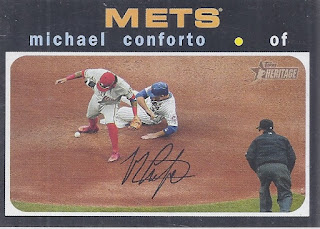 This salute to the '71 Agee is a card I'm surprised that it took me so long to acquire, but at least now I have this base-running special from 2020.  I guess I'll have to wait until Heritage High numbers to see if #627 gets a parking lot special. 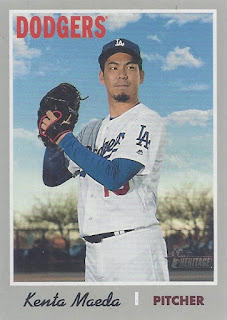 This looks faitly typical of a  Heritage entry, albeit a high number one. Why would I make an effort to acquire this? 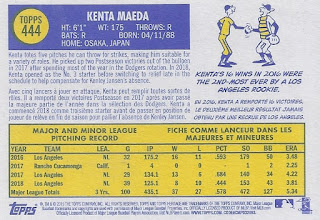 It is a French back variation. That means I've done back-to-back posts where I've attempted to teach you French via card backs.
Who says that these can't be educational?
Posted by buckstorecards at 11:18