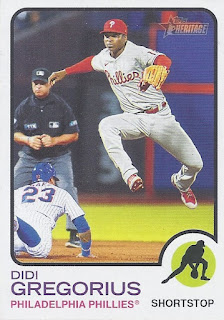 Even with only eleven cards left, there was still an interesting photo left. 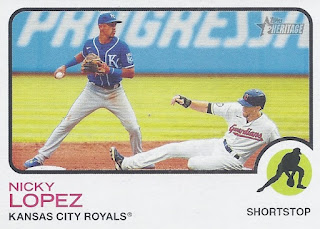 My final horizontal need was yet another interesting photo from a card with that layout, and I especially like that they photo-shopped the opponent's Cleveland jersey. 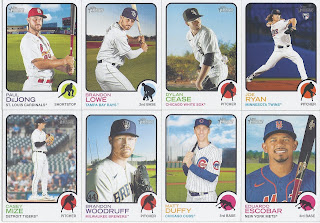 I entered this box 11 short of the first 400 cards of the set, so why not show all of them? 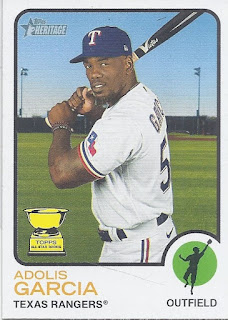 It was this Rookie Cup card that was the final one to end up in the binder at the end. Even if the set really isn't complete without the SPs, this still feels like a nice accomplishment. 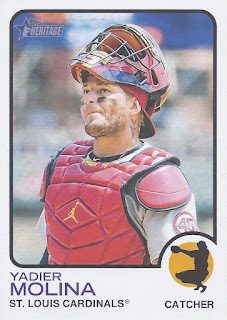 Nice box-topper! I've got to figure out how to get this to an eventual mailer to Cards on Cards. While I will send one off shortly with the base content from this set, this will have to wait until I can McGyver up something to get this sent across the continent in good condition. 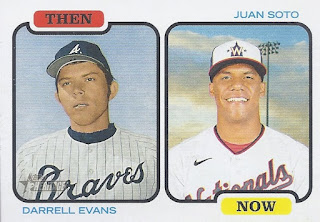 Remember what I wrote yesterday about the Then/Now card featuring what was likely John Mayberry's first appearance on a non-buyback Topps card since 2013 Archives, and that they re-used the same photo from that? Yup. At least that Archives was a 1973. 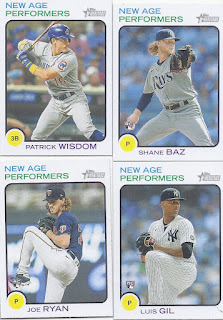 Here's some more New-Age performers. The final box would contain dupes of the ones from Box #3, so I'm ending up with 16 of the 25 cards in this. I can see myself putting the eventual finishing  touches on this, especially with the Wander already in the collection. 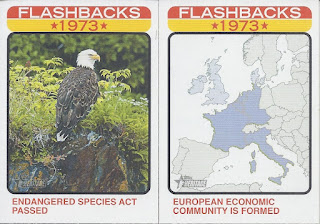 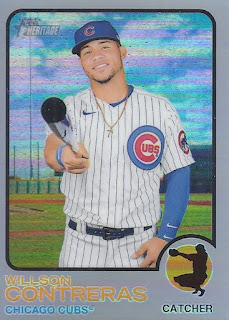 Here's the numbered card. This Chrome Silver parallel is /373, making it the lowest numbered card (since the black parallels aren't numbered, only limited to 50) so far in my posts, but that will only last until the next box. 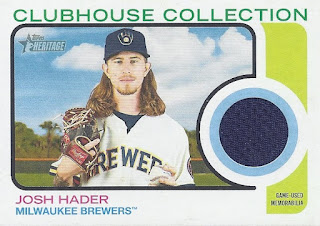 And my hit. At least it wasn't a bland white swatch.
Probably the dullest of the 5 boxes that I busted in this, enhanced by 6 of the 8 SPs being dupes. Only finishing up the base set saved it from being a total bust of a bust.
Posted by buckstorecards at 07:00