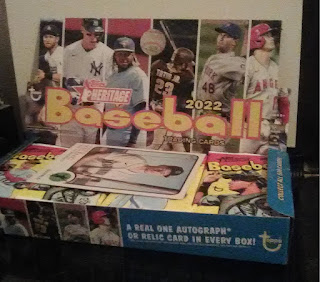 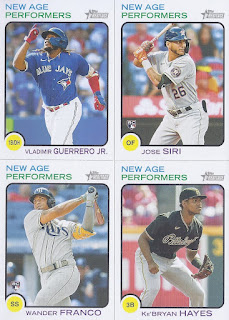 But this did result in my first Wander Franco card of the year. 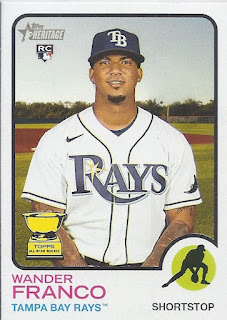 And he was also lurking later on, providing me with the one card I really didn't want to have to pick up on the secondary market. Thankfully, this wasn't among the SP portion. 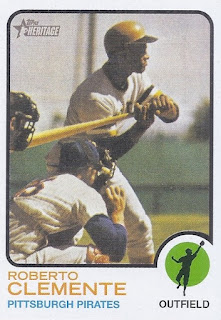 While I was happy to see the Franco, I was even happier to see this base card/reprint of the 1973 Clemente appear. Like in the original set, this card has the #50 spot in Heritage. It is a perfect salute to the classic card. 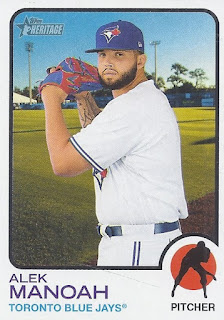 Here's my first Blue Jays card out of the SP portion. 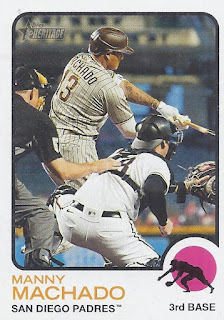 Another SP, with a picture choice that looks like it would be a photo variation in other sets. 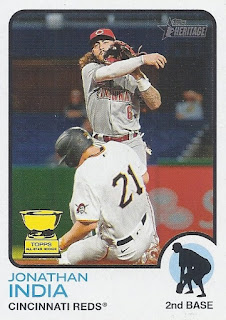 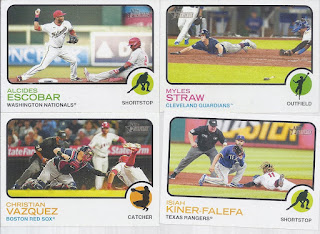 But it is the horizontal cards that once again provide the most interesting photos in the box.  The Myles Straw is my favourite here, even with the slightest photoshop creation of the Guardians jersey. 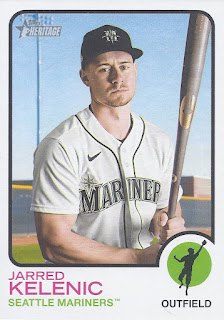 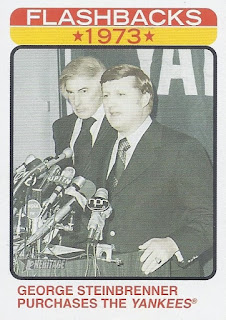 I'm not sure why Steinbrenner buying the Yankees ended up as part of the News Flashbacks insert set and not the baseball version of the set, but I'm not the one making up the set. Maybe 1973 was a really dull year. 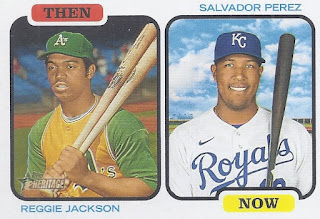 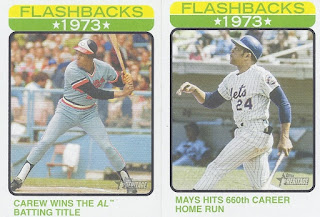 Here's some more baseball themed inserts, all of which were found on the 4th row along with George. 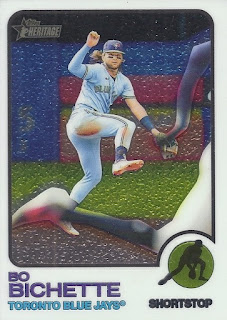 Nothing beats having your one numbered parallel in the box being a team PC addition, even though their choice for the photo with the blurry runner in the foreground makes it look like your scanner is on the fritz. 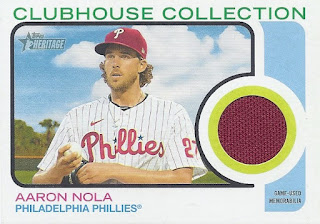 And here's the hit! While it is a step down from the player featured from the first box, this one is definitely a more interesting swatch. The maroon piece has to come from one of the Phillies throwbacks, which makes it super appropriate for Heritage.
There you have it!
Posted by buckstorecards at 05:30