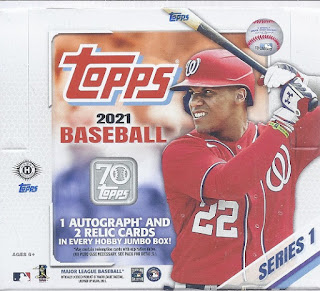 I do have a jumbo box of Series 1 to show off the contents of, but with a complete set's worth hiding inside, along with parallels and inserts, it is a lot for just one post. So, I'll get to the contents of the box later. For now, just the bonus stuff. 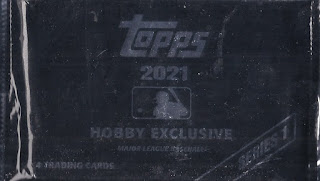 Here's some bonus packs that came in the box. 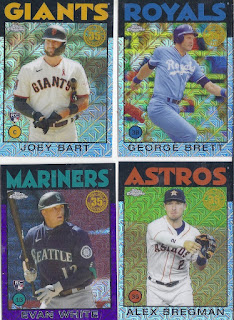 That's a pretty nice start to things. I like that the Brett could possibly come from 1985, and be perfect for a 1986 issue, since that's old Comiskey in the background. Other than that, the purple parallel of Evan White is /75, and it never hurts to start off the year with a numbered card. 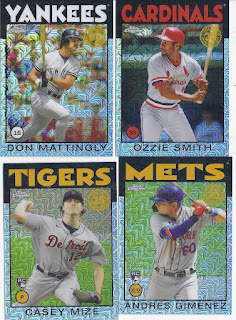 And a Mets card, even if not a current Met, in the second one. 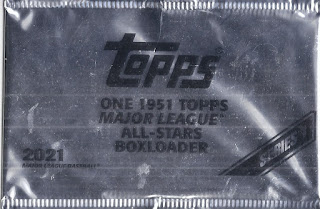 One more bonus pack before the real Series 1 begins.

This will be somewhat awkward to store, but since this Dodgers card will very likely be part of my next mailer to Night Owl, that will not be my problem.
And there you have it!
Posted by buckstorecards at 08:00