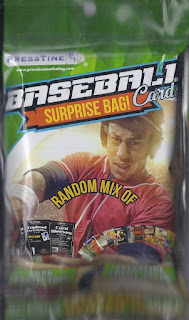 This is the first time I've had some baseball in one of these. What goodies are contained in here? 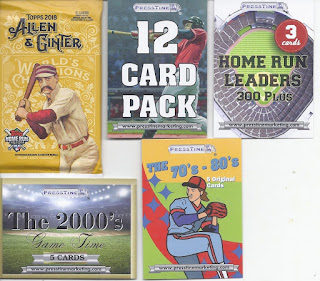 All cardboard here! I can't recall ever busting any '18 Ginter wax, so that will be new for me. 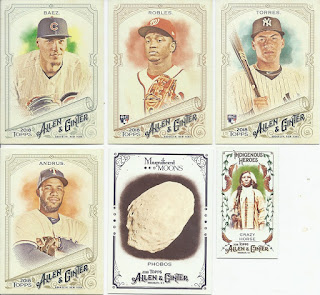 And to keep the "clockwise from top left" thing going for the final one, I'm starting with Ginter. And it is exactly what I'd expect. Some baseball, some non-baseball. That Gleyber rookie will probably end up as the big card in this repack. Even if it won't be the most interesting. 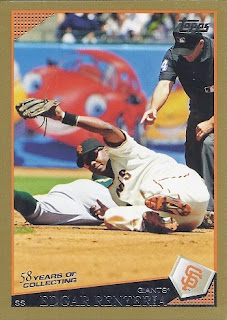 Off to the 12 card pack, which was quite a bit better than I expected. Here's a gold numbered card out of 2009 Update. Not a huge card with a super-limited print run, but still unexpected. 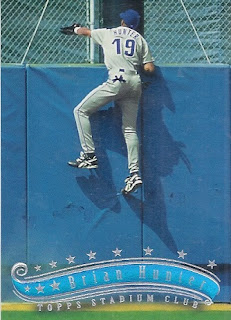 While this would usually get the nod as the best photo in the pack, alas, not this time. 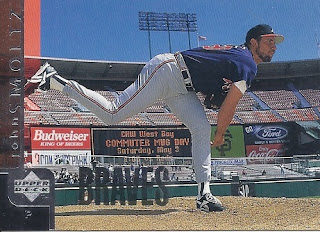 This is. Sure, it isn't an in-game photo, but I love how the scoreboard promoting the upcoming Commuter Mug Day. Sadly, that doesn't properly date the photo, as the Braves were not in San Francisco that date. 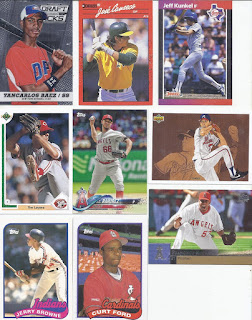 Here's the rest of the pack. The Ramirez is from the Angels team set, and the Browne is from the 1989 Update set.

If that tribute card for Mike Schmidt doesn't end up as the best card in the repack, that will be an amazing upset. While Upper Deck and Donruss waited until their 1990 releases to highlight his career, Fleer did so in their Update set. 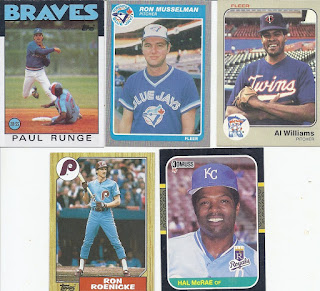 Despite having no 70s content in the 70s/80s pack, this was still pretty good. Paul Runge was fun to google, as he came up 4th among the Paul Runges there, behind a hockey player from the 30s, an umpire, and a serial killer. There's the only Jays content in this, and Al Williams may have the most amazing back of card factoids. 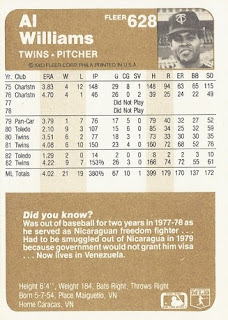 You aren't topping that with the name of the scout that signed the player. 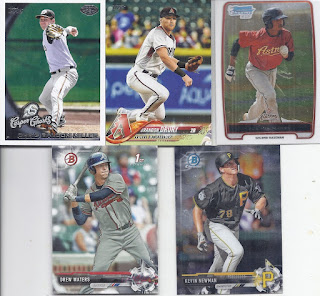 The 2000s pack is kinda anti-climatic after Al Williams, Mike Schmidt and John Smoltz's cards, but at least I landed my first Casper Ghosts card.
There you have it!
Posted by buckstorecards at 10:05