And now, some familiar faces and names to those who follow the exploits of my 2/14 collection. 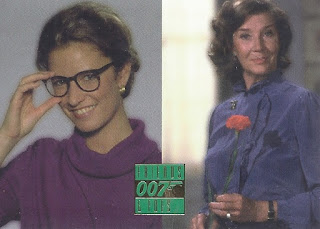 While yesterday's post was nothing but new faces in the misc. portion of the collection, here, there's only one. Lois Maxwell may share this card with Caroline Bliss (along with Samantha Bond on the back), but 1/3 of a card is still enough to count. 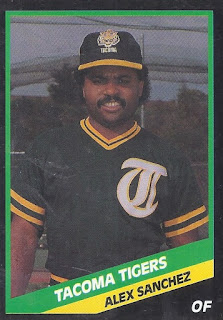 Also one-and-done is baseball with Alex/Alejandro Sanchez, but this minor league card is a nice sorta obscurity. 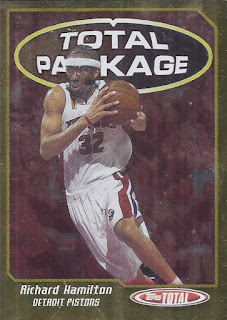 Rip Hamilton makes the only basketball appearance in this post on a foil insert out of Total. 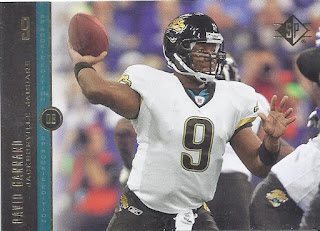 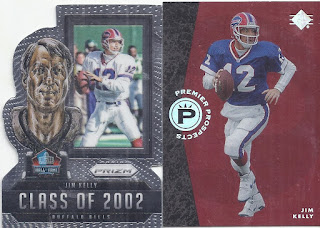 Football finally moves us into multiple cards, with this three pack. I really like the look of that horizontal Garrard, but there's no way that HOF die-cut of Jim Kelly isn't winning this battle. 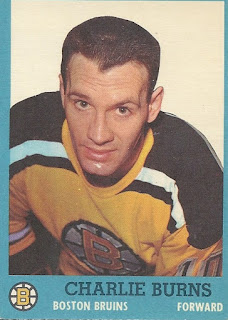 Vintage! Amazingly, this 1962 entry is actually the first Boston Bruins card in the collection. This is just how the birthday entries fall, as I've got 6 different players representing the Senators, which ties them with the Canadiens for first overall. I actually did have to specify Boston Bruins, because I still have more UCLA Bruins cards, featuring Josh Shipp. 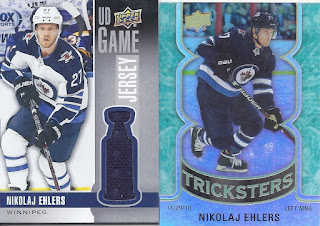 The Tricksters card was a case hit in the original release of Series 2, but once epack arrived the prices fell to a level where adding one was not as fiscally painful. The card has the feel of a Synergy base card and really felt like it would be a special pull in Series 2. 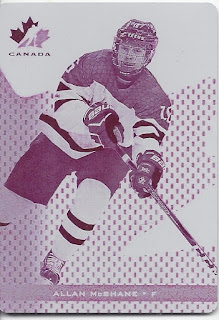 And what better way to end this a 1/1? The magenta is really the best option for the colour plate you'd want on a team Canada card. McShane is playing in Slovakia now as he waits for either the OHL or the AHL Canadian teams to start up. Probably the former as an overager, but he's a 4th round draft pick of the Habs.
Posted by buckstorecards at 09:00