The month starts with a trip to the mailbag with some cards from last month. One was a tcdb trade, the other was from the C&C forums. Highlight time as we move from the former to the latter. 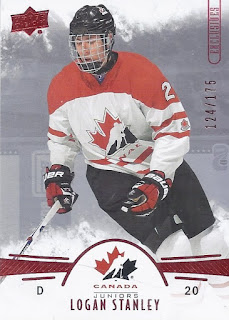 Let's go to a favourite recent product of mine, since there seems to still be a lot of it available, 2016 World Juniors.  Stanley is a Kitchener Rangers alum that was a first rounder of the Jets in the '16 draft, and just made his debut with the team this season. This card precedes his time with the Rangers, as he'd spend one season here in 17-18. 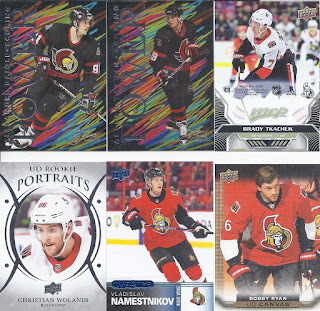 And here's a light sampler of Senators cards. Overtime was the only product to feature his stint with Ottawa, so it is nice to add one of the parallels of his to the PC. 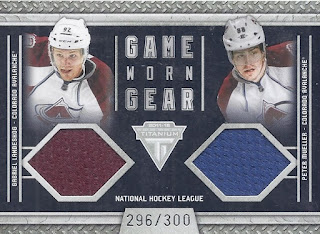 The hits keep on coming with the second part of the trade. I'm also leading off here with the Rangers alum portion of this trade. Only the Landeskog half counts, but half is still enough to count for the collection. 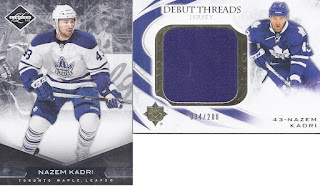 Kadri had already moved on from the team by the time Landeskog came to  town, but they're teammates now in Colorado. He appears here in a /299 numbered card out of 11-12 Limited, and a rookie year relic from 10-11 Ultimate. 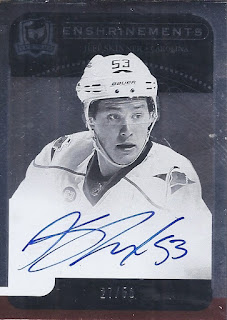 The Kitchener Rangers portion of the second trade started with a card of a Calder winner, and it will wrap up with a second one. It is a high-end as hockey can get, coming from a tin of The Cup. I'm not overly sure about a set named Enshrinements featuring active, and therefore non-HOF players, but this is a really beautiful design - with the signature popping beautifully on the black & white photo. 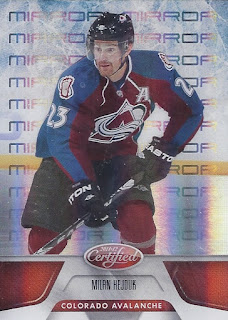 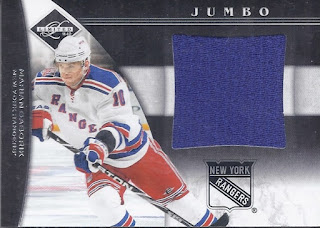 Another 11-12 Panini card? Why not! This jumbo swatch of Gaborik puts him not far behind Hejduk for second place with 236 cards.
There's the mailbag for January.
Posted by buckstorecards at 08:52