The trader mailbag opens again, with a pair of small envelopes from Baseball Card Breakdown and Cardboard Clubhouse. I'll be leading with the former, and hopefully not get them mixed up as I go. 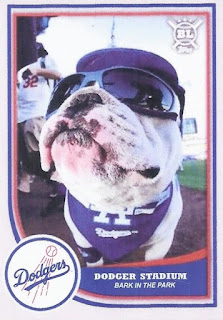 I consider the removal of cards from the Bark in the Park the one thing that soured me on the Big League set. A fun set for set builders should be right up my alley! And then they weren't there. Booo! Fortunately, BCB remedied that with a 'sample' of what could have been.

I really should post a picture of Charlie in his Blue Jays collar. The only problem is that he's in full coat now, so it hides under his curls. 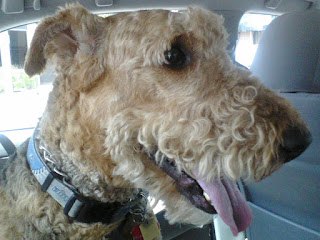 OK. Here is an older photo of him with his previous Jays collar. 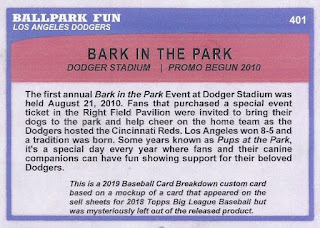 And here's the back of the card that never was. 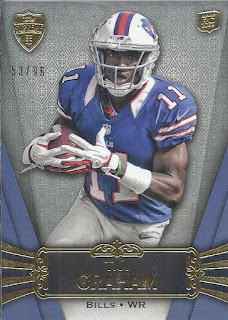 TJ Graham's career for the Bills wasn't that spectacular, but at least he did get a nice parallel in team colours. 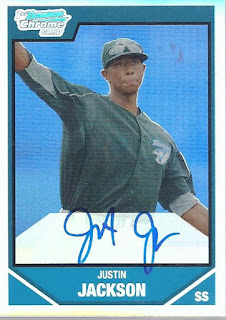 Although he never made it beyond AA ball, that's still far more of a professional career than I ever had. As for the autograph itself, you can make out two of the letters. That's better penmanship than the autos I posted from that tin of Premier a couple days ago. 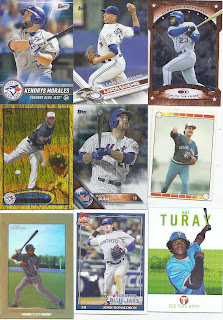 And it ends with a random sampling of Jays and Mets. I love the Canada Day cap that Morrow is sporting in his photo. The cards in the lower corner are numbered, with Rios being /999 and Turay limited to 1599 super shiny cards. 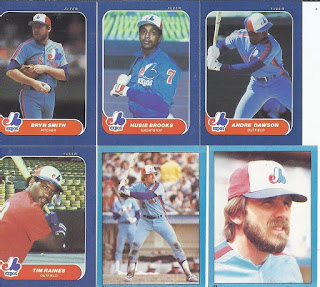 Switching to the CC envelope, here's some stickers! The Smith and Raines are fine - I just didn't crop the scan correctly. 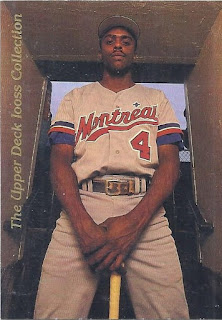 The Iooss collection is an insert set I've get way too few cards from. After this mailer, I think it stands at 2 now. 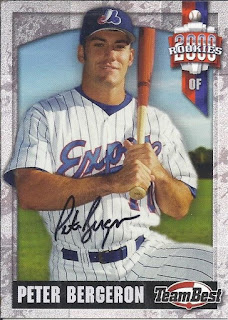 I was always amused how, when he'd come to bat at Olympic Stadium, the announcer would turn up the Frenchness of his name to 11. I guess I amuse easily. 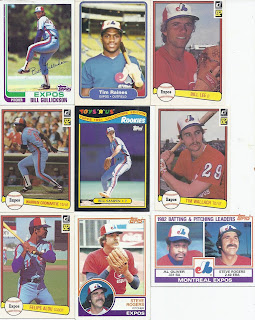 And here's a whole bunch more Expos. Although there are a lot of fun names in the recent Archives release saluting the 50th anniversary of the Expos, I was disappointed that Warren Cromartie wasn't on the checklist. Even if they stuck to living players for that insert set for auto purposes, meaning no Mack Jones, Gary Carter or Charlie Lea, I figured Warren would be part of it. 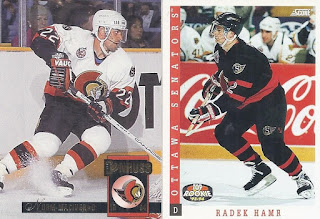 Ending on a couple Senators, including a Radek not named Bonk.

Thanks for these, and I'm always reloading for mailers to send in your direction.
Posted by buckstorecards at 06:30