And here's the last of the cards from the most recent Dollarama trip, a surprise bag with this as the content: 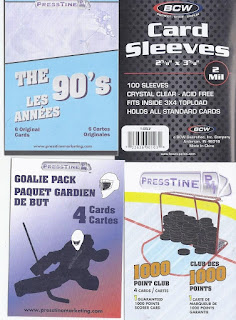 I needed card sleeves anyhow after a recent shipment into COMC, so anything else is a bonus at this point. 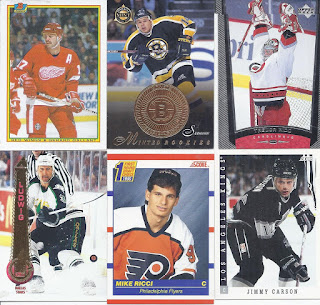 I didn't expect to find one of those Mint cards in the 90s pack, so that's a bonus. Or a Surprise, if you will. Jimmy Carson's card is from his part seasons with the Kings after he was shipped out in the Gretzky trade. 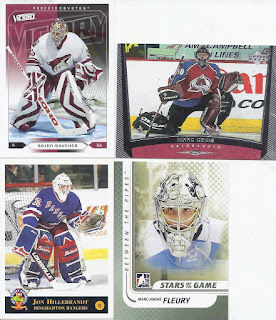 With the Fleury being a dupe, the mask binder candidates in the goalie pack total 2, although the Hillebrandt is interesting since he didn't get many cards in his career. 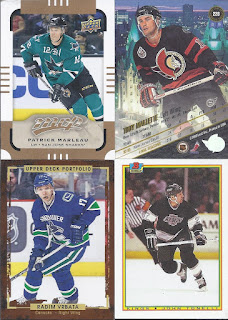 While the 1000pt card is Marleau, it isn't really going to close to knocking a card that is both a Senators card, and a 1993 Leaf card and a Sens card out of the top spot in both this portion of the pack, and the repack as a whole. That's a great way to end things!

There you have it! I'll start digging into the ol' mailbag with the next post.
Posted by buckstorecards at 07:55