Let's wrap up this box! 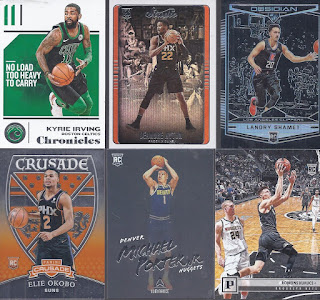 This is a lot of black uniforms. And the only one that wasn't is an all-black background. Since Porter Jr didn't play last season, instead he gets a photoshoot shot. Luminance doesn't work as nicely in this situation. 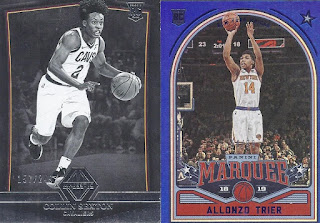 But I really like the Trier in this pair of numbered cards. It is so nice when the parallel version matches the team's colours. The Sexton is actually a base card, again owing to the oddness of the construction of it. 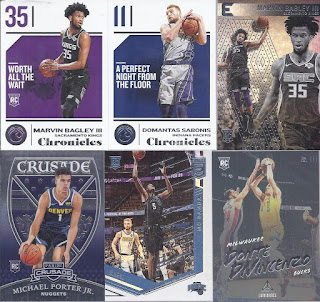 A Marvin Bagley III hot pack! These two are already on their way to Saskatchewan, and the biggest Sacramento fan located there. With the way this box is going, you knew Mo Bamba would make a return. Sabonis shows off the Pacers' racing-themed City jerseys. 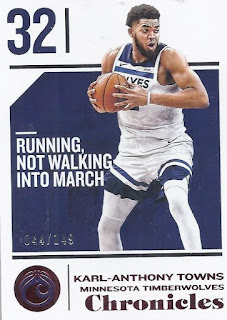 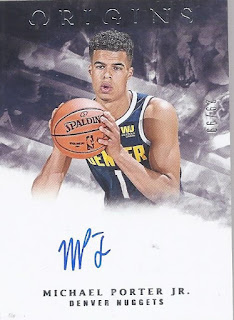 And box auto #2! The Origins design might have been my favourite choice for borrowed designs in this set (alongside Luminance), with an on-card autograph of the aforementioned Porter Jr. He should be healthy for next season, and is getting a little bit of rookie-of-the-year hype already, making his cards chase cards this off-season. 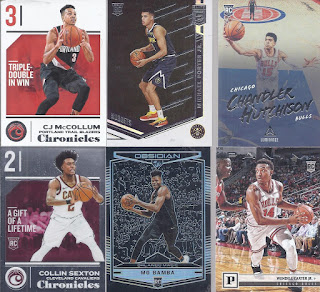 Of course the final pack would have a lot of the names you've seen frequently already - Sexton, Bamba and a pair of Jrs. 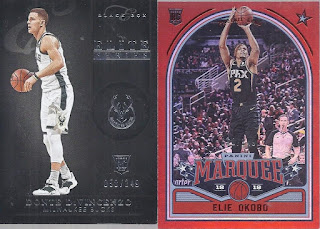 And my last two numbered cards. Kinda of a blah way to end this after the Porter-graph.

So, while the big 2 rookies were nowhere to seen in the packs, I'm still pretty happy with the acquisitions in this with a couple low-numbered cards, and the Origins auto.