Because I Got High 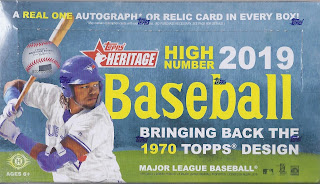 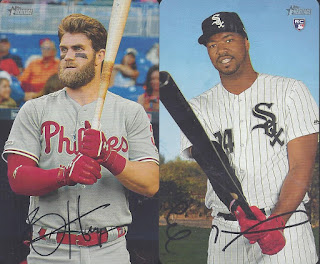 No buybacks this time with the box topper, just a pair of oversized cards. 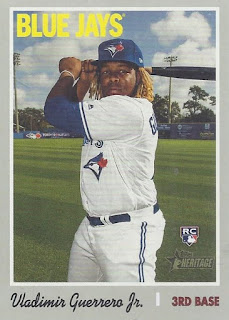 Topps didn't bury all the big names among the short prints this time, meaning that I did get 2 of pretty much the entire 200 card regular set. That means a pair of Vlads. 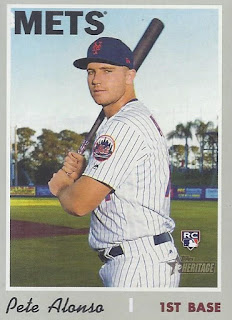 That also means a pair of Polar Bear Petes. So, if you're one of my regular trade partners, don't go out and get a base set from this of the regular base set, as I'll be hooking you up in some sort of future mailer. 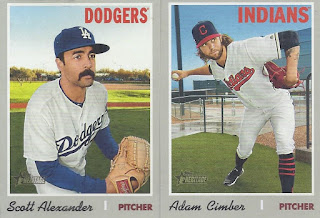 You really can't look for amazing photography in Heritage, but you do get a nice sidearm photo for Cimber and Scott Alexander looking like one of Joe Walsh's roadies. 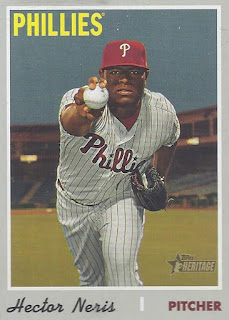 This is pretty intimidating, but it is a shame this is hidden among the SP portion of the set. 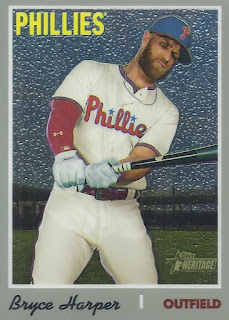 This kinda-shiny Bryce Harper was in the first box. 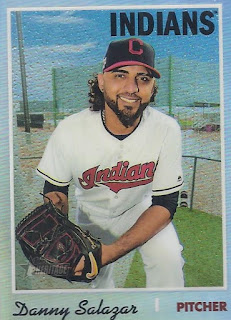 The second box had this really shiny Danny Salazar. That's it in terms of numbered parallels. 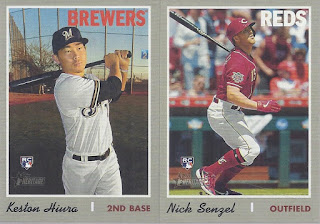 Back to the first box, which had two other parallels in it. The Senzel is the action variation, which fall at a rate of about one per box. Hiura is the team name colour variation, which is 1:154 packs. And such an exciting variation it is!

I completely forgot to scan the action variation in the second box of Byron Buxton. Here's an ebay link if you care what it looks like. 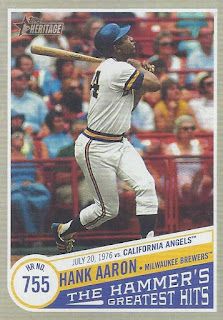 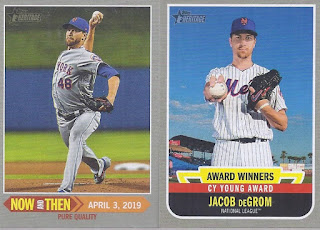 That's despite Mets appearances among the inserts. 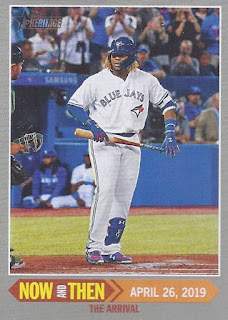 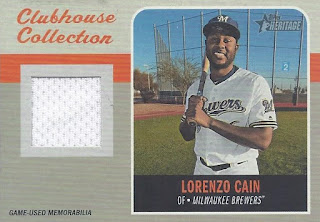 Hit time! The first box should probably have been Wisconsin-bound, with the Hiura variation, and the relic both being Brew Crew cards. 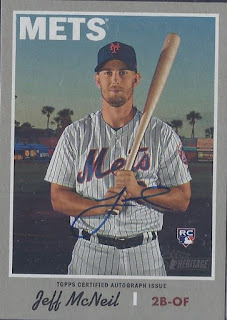 The aim was far better for the second box and its hit. A Mets auto! It might not be an Alonso, but the squirrel has been having a pretty solid season as well, being at or near the top of the batting average leaderboard for much of the season. It's always great to land a keeper!

And there you have it! I'll probably do some repack stuff next post.
Posted by buckstorecards at 09:26