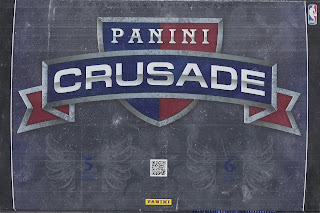 And now, the final box of my Blowout credit out of COMC credit shopping spree. 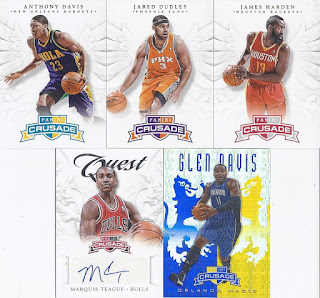 6 packs in this with 5 cards each, with one hit (3 autos and 3 relics) and one crusade card per pack. The first auto isn't the best name, but things get better as the box goes on. There aren't too many chase cards among the base, but that Davis is one of them. And the Crusade is a nice shiny card of 'Big Baby', making the autograph the third best card for me in the pack. 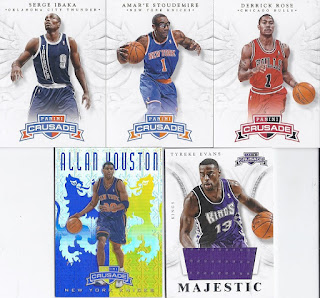 A nice colourful relic in this pack, and an alternate jersey on the Ibaka. Another decent pack. 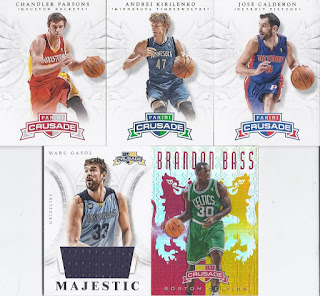 And now things really get good, with a card for my Celtics PC. The Brandon Bass is a red parallel numbered 82/99. And another colourful relic. 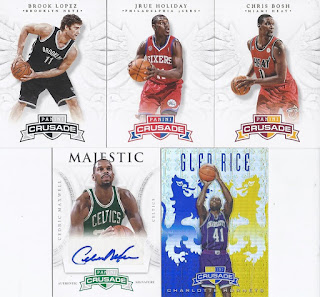 WOO-HOO! An auto of a Celtic! And one with a pair of rings and their number in the rafters! I'll overlook the stray ink on the sticker if it means this one is on its way to my team PC. And the team collection goodness isn't over yet. But in the meantime, I know someone that would like that shiny Glen Rice Sr. card. 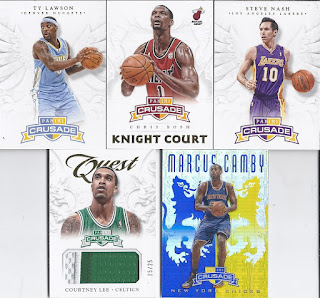 Quite the Celtics hot box! My second numbered card of the break as well, with a nice thick patch card. I watched a couple breaks of this, and they fall at a rate of about two or three per case. So I beat the odds, and did so with a card for my PC. The Knight Court of Bosh was the only insert in the box outside of the Crusades and hits. And Steve Nash will make another entry into my CanCon PC. 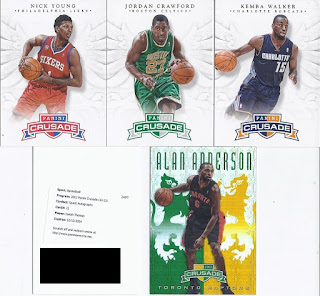 And that's the last of the packs, and it ends on a really strong note. Although the redemption is expired, Panini will still honour it. That's the reason I opted for Panini with the older boxes in the break. Just in case such a situation would occur. The card is up on COMC with autos, so I shouldn't have to wait to long for it. There's yet another Celtics card, my only base card addition for that team, and finally my only Raptors card of the break. While it isn't one of the major names, it is a nice shiny /25 card.

And there's the box break. When you count all the dupes out of the '15 Topps football, probably this was my favourite of the bunch.
Posted by buckstorecards at 07:39