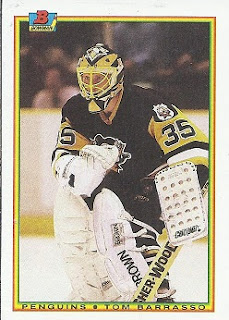 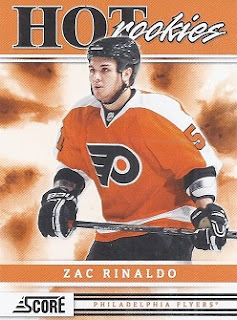 2011 Score - Zac Rinaldo - The rookie card is of someone still active. That's a plus! 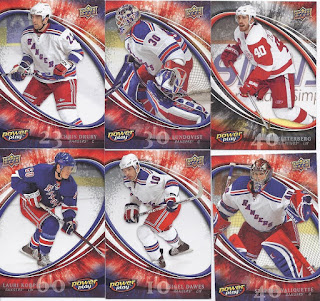 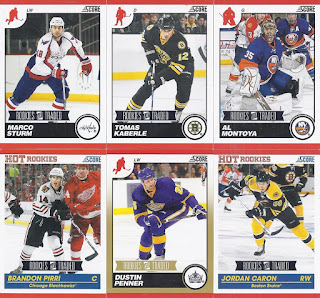 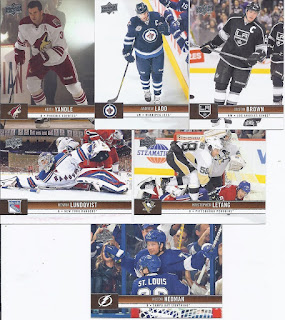 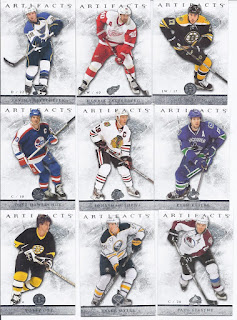 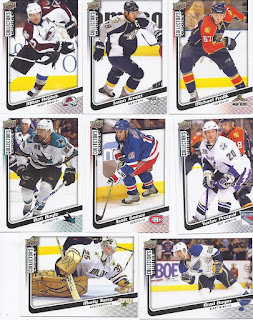 2009 Coll. Choice - Michael Frolik, Jason Arnott, Milan Hejduk, Vaclav Prospal, Scott Gomrz, Dan Boyle, Brad Boyes, Marty Turco - WOO-HOO! This repack cube has netted me two new Milan Hejduks for my 2/14 collection. This is another one I'm surprised I didn't have in the binder already. This solidly puts the cards as more interesting than the cube. 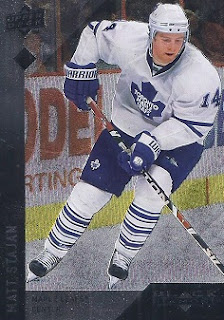 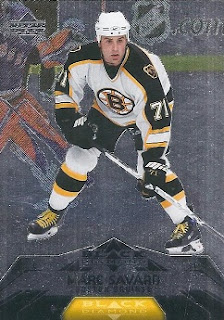 2007 Black Diamond - Marc Savard   - I like the fact there is some colour in the base design in this year. 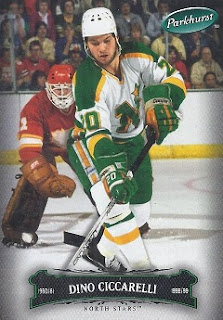 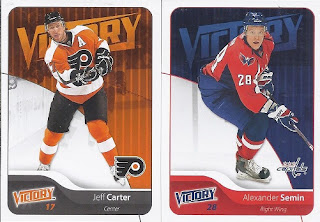 2011 Pinnace - Nicklas Backstrom, Ryan Malone, Henrik Sedin - Pinnacle, as a whole for their base sets, may have had better photo choices than Upper Deck, at least in terms of uniqueness. 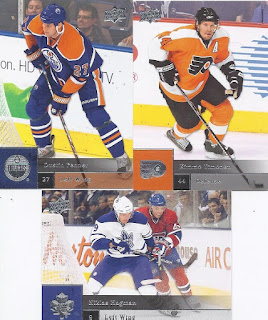 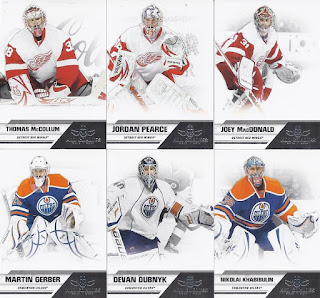 2011 Score All Goalies - Joey MacDonald, Jordan Pearce, Thomas McCollum, Nikolai Khabibulin, Devan Dubnyk, Martin Gerber - I had no idea who Pearce was. It turns out he was one of those guys whose only NHL experience was on the bench, but that was still enough to earn him a card. 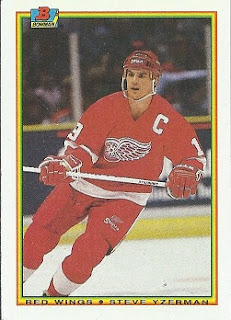 Posted by buckstorecards at 08:06