Can I Get An Update?

After 6 days of repacks, here's some stuff that you'll have to wait to see in repack products - 2019 Update. 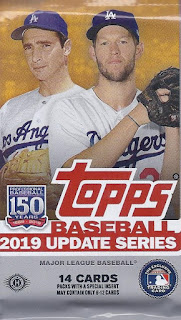 I grabbed a trio of hobby packs from the LCS. I won't show off all the cards, but will hit the highlights. 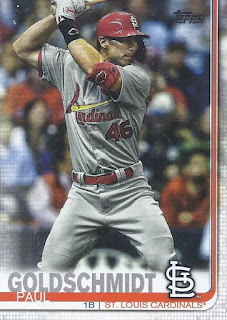 Here's my first update card of the release. At least it wasn't one of those completely unnecessary All-Star game or Home Run Derby cards. 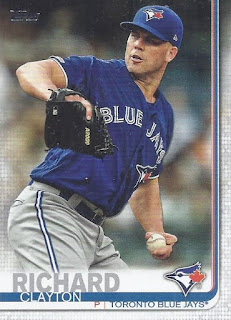 The only Blue Jays card in the packs, but at least it was one more than the Mets content. 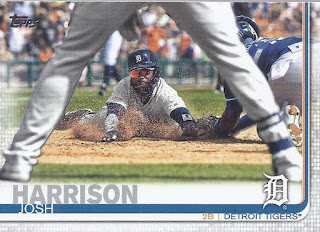 While this was easily the most interesting photograph from the packs, the framing might make it one of the best photographs of the year. 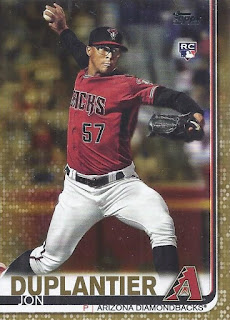 Even if it is numbered all the way up to 2019, it still deserves to be highlighted as the only numbered card in the packs. 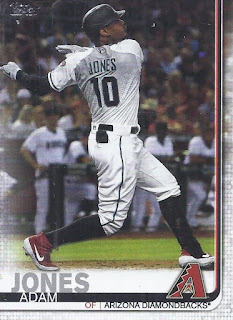 I'm going back-to-back with Diamondbacks cards in this post, since this one opened up the second of the pack. 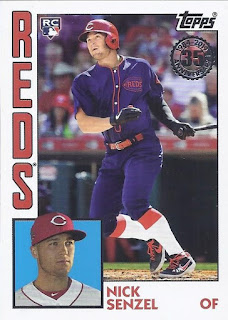 You know I liked that Harrison card when this great photo of a throwback jersey barely registers as a contender for the best photo in the packs. 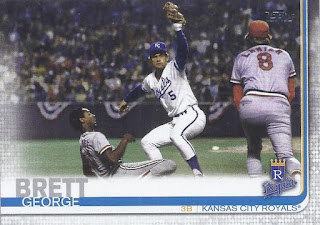 While this isn't a numbered card, this was probably the best pull in the packs, as this is one of the veteran variations. This photo can be obviously traced to the 1985 World Series, and one of the games played in Kansas City. Since that's Willie McGee sliding into third, it has to be from one of the first two games, since he was hitless in the last two. He doubled in both games, but was tagged out in the first trying to stretch it into a triple. So, this is from the 5th inning of that game. 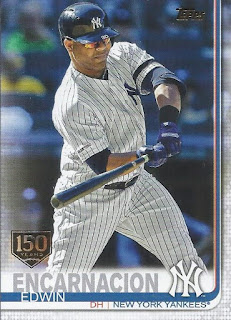 And the reason I was so verbose about the previous card is that the final pack was really dull. Just this 150th Anniv. variation of Edwin Encarnacion stood out.

Posted by buckstorecards at 05:17