I'm wrapping up my week worth of COMC with a bunch of autographs that salute my most beloved characteristic in a signature - legibility. 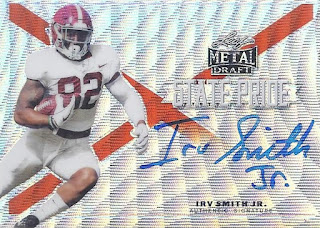 A legible signature and shininess as well! That's a certain keeper of a card! Sadly, Irv has started abbreviating his signature to I. S. Jr on more recent releases. That follows the trend of Kenny Golladay, who went a full signature, to 'Kenny G', to KG. I guess if you're signing thousands of cards en masse, you need to be efficient. 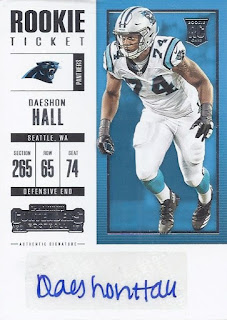 He may have issues with spacing, but I can read every letter in Daeshon Hall's signature. And that's all I ask for. He bounced around practice squads, but seems to have found a home with the Eagles as of now. 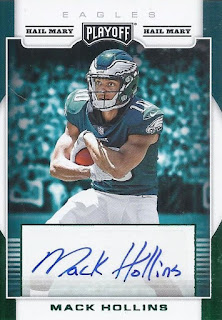 The football portion ends someone both pictured, and still playing for the Eagles. Looking at his signature throughout the rookie year, Mack remained consistent without switching to just his initials on the auto. Nice. 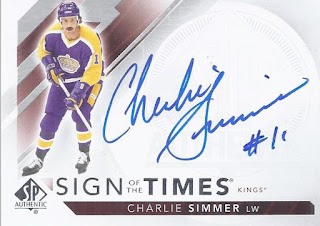 If you've got a lot of space to work with for your autograph, you might as well use it. Charlie Simmer does, even though the last name is a little flat. But you do have the number included, and classic Kings road jerseys, so that offsets to make a great card. 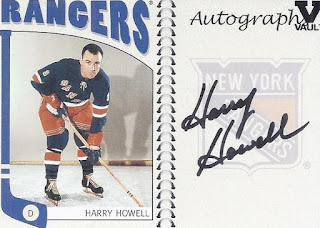 The last two autographs are both from people who passed away recently. Harry Howell died earlier this year, but maintained a nice looking signature on all his cards. Plus, even with the 'Vault' stamp on it, this notebook design is one of my favourites that ITG used. 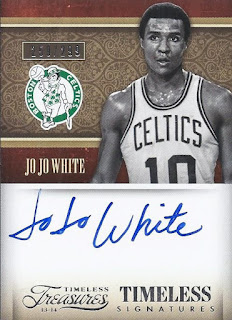 There you have it!
Posted by buckstorecards at 07:49