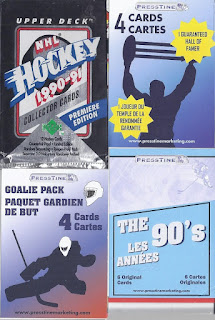 Here's the first grouping. There were no supplies this go around - only cardboard. 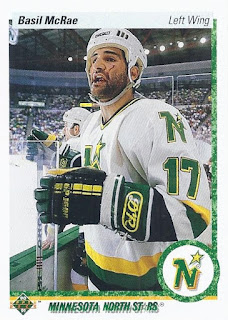 I figure 1990-91 UD hockey has been posted enough with it being from the junk wax era. But, I still should post something from it - so here's Basil McRae showing some battle scars during a home game at the Met Center. 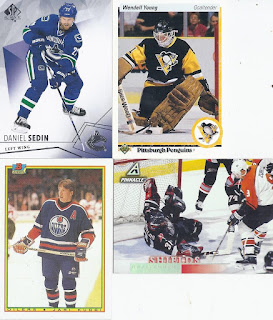 The Hall of Fame pack contained one current HOFer, a future one, If there's a card photo HOF, that sprawling photo of Steve Shields would also be a contender. 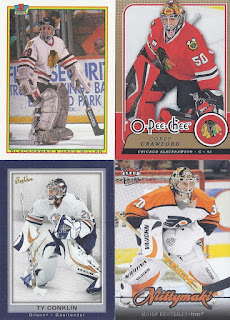 One of my favourite mask photos made an appearance in the goalie pack with Niittymaki's gangster theme. 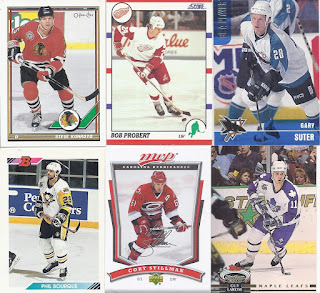 The 90s pack had an interloper, with that decidedly non 90's Stillman sneaking in there. Despite wrapping up his career with 3 full seasons in San Jose, I still don't think of him as spending significant time there. 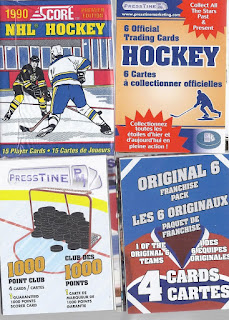 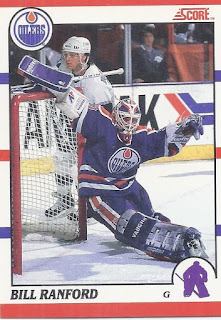 The Score pack was the bilingual/Canadian version, so at least there's somewhat fewer of these out the than the American ones. 1 million vs 2 million I guess. There weren't any PC cards in either of the non-repack packs, so I'll highlight a nice photo here as well. 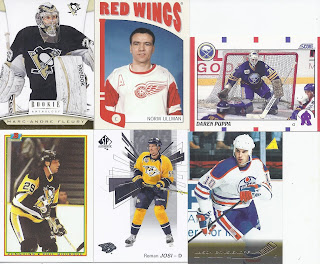 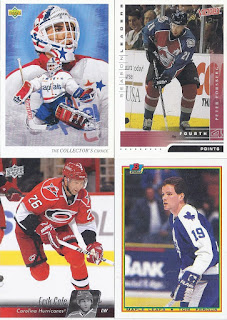 The 1000pt packs tend to have the advertised card as a junk wax one. That wasn't the case here with it being that Victory card of Forsberg. But the junk wax era does win here, with the drawn card of Beaupre standing out. 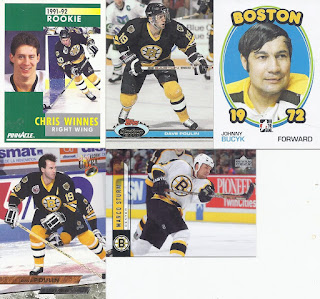 Finally, the Original 6 pack, which did contain 5 cards instead of the supposed 4. Even if two of them were Dave Poulin. Much like with the misc pack, the faux retro takes the 'best card' award here.

There you have it!
Posted by buckstorecards at 07:20