Even if I'm away, I can still recap repacks. 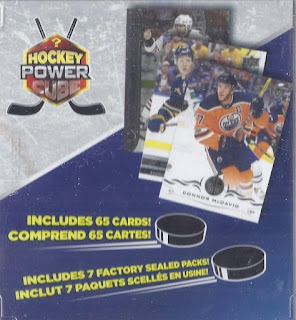 While I didn't get 9 autographs like last time, there were some nice cards within. 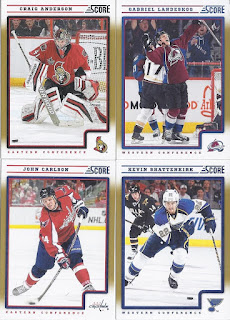 Like before, I'm starting with the packs contained within. Here's the gold parallels from the Score packs. A Sen and a Rangers alum make this a pretty good group. 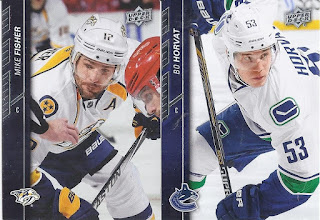 The 15-16 pack contained all regular base cards, so no Connor for me. But at least these face-off photos are kinda nice. 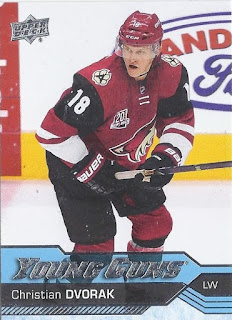 Fast forwarding a year, and I did get a YG card from that. He's a decent enough player, although he did get hit with the injury bug this year, and played in only 20 games. 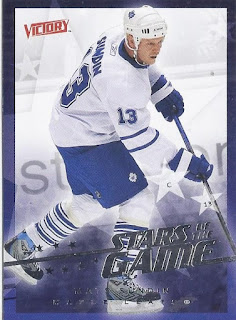 The Victory pack did land an insert for me. 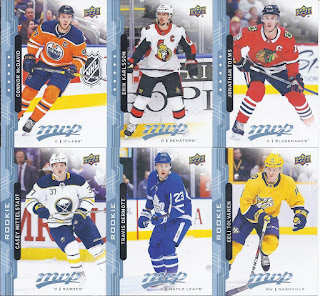 As with the previous set, the random grouping of 65 cards included a series in numerical order from this year's MVP factory set. This is mainly from the SP portion of the base set, even though there really can't be SPs in a factory set. So, here's a sampling of some of the better ones in terms of both stars and rookies.

As for the rest: 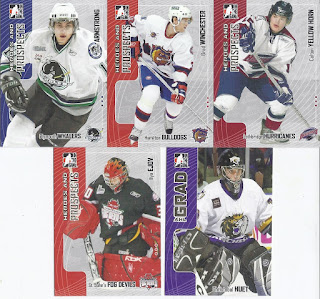 2005 Heroes & Prospects - Christobal Huet, Ilya Ejov, John Armstrong, Brad Winchester, Colton Yellow Horn. While I didn't bother to scan the MVP or Ultra, these did result in my first representation of the St. John's Fog Devils in my collection. 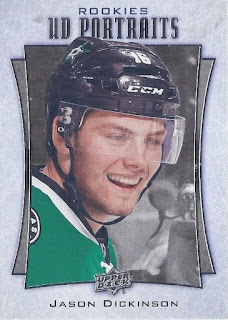 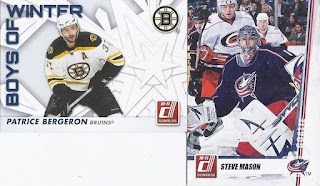 2010 Donruss - Steve Mason, Patrice Bergeron Boys of Winter, Deymond Langkow, Scott Gomez, Cal Clutterbuck. I guess I'm surprised in retrospect that I didn't highlight the Clutterbuck, but there was a short-term Rangers alum and a Bruin among the rest.