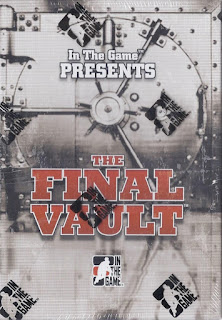 My last previously written post. And a box of buyback miscellany The Final Vault from ITG. This featured 10 cards, 9 of them hits, from ITG's previous releases. 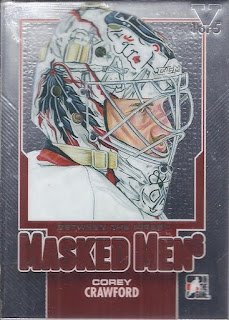 The only non hit is one that would still offer congratulations to the puller of said card. For a mask art fan like myself, this is still enough of a cool card. 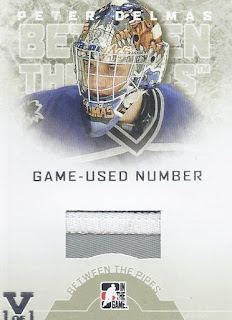 Rather bland in terms of design, this still does offer a 3 colour patch. While Delmas was drafted by the Avs, he never played in the NHL. But, this is my probably my first Lewiston MAINEiacs hit. 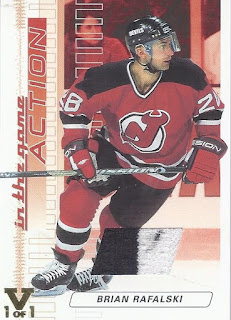 The different colours of the stamp does signify the print run for each buyback card. I'm too lazy too look up what that means for these, but these were limited, but not numbered, to 500 originally. 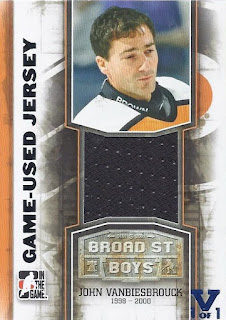 Fuck this guy, and the fact companies keep putting him in products. 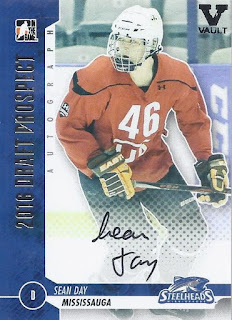 Sean was a third rounder of the New York Rangers, and just finished his first season in their minor league system. If he reaches the NHL, he will be just the second Belgian player (Jan Benda) to do so. 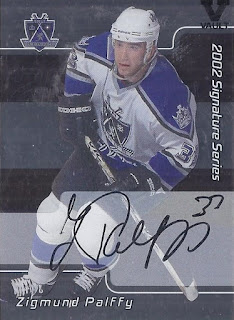 There always seems to be a Signature Series card in one of these. And here's this one. Kinda neat to land someone who was a staple rookie from the junk wax era, and still had a notable career. 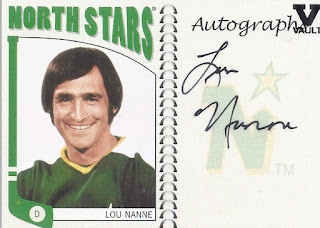 This one is really cool, as it is someone who is a very important name in the history of the team, and also someone without a lot of autographs out there. He'd play every minute of NHL action he would see for the team, and also go on to be a coach and GM. 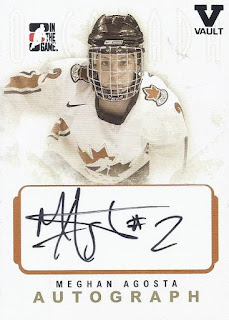 One final autograph before two more relics, and the distaff side sees the love here with Canadian Women's Team mainstay Maghan Agosta. She has 3 Olympic gold medals in her possession, so another great little addition. 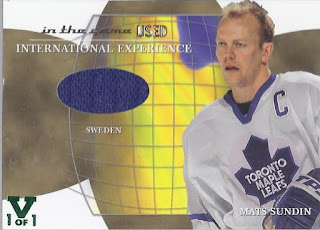 It is a Leafs card, but a Leafs card that any patriotic Swede would be proud to own. Much like the Rafalski, these were not numbered, but these were out of 70 originally. 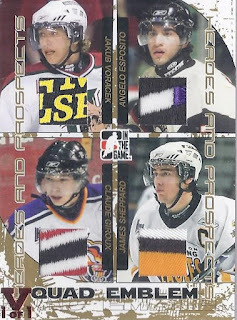 WOW! Those are some great patches and swatches! And 2 of these swatches were of players who are pretty big names still in the league on the left side of the card, both with the Flyers. Not bad for a card from 2007 originally. And one really didn't need to add the 1 of 1 to the front of the card... 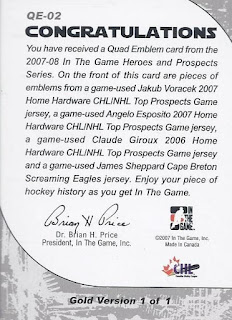 There you have it! My next post will be composed when I return to home soil. Let's see what packages showed up over my absence!
Posted by buckstorecards at 05:23