Off to the mailbag again, and some goodies from group breaks. Since the Bills really didn't have a marquee pick in this year's draft, they are a far more reasonable option in group breaks. So, I can really add to a team collection through some base heavy products. I've already done some Score, so here's some stuff out of newer releases Legacy and Luminance. 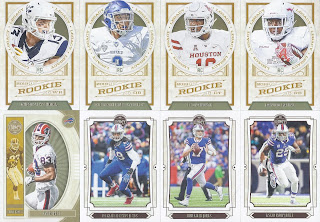 Legacy dropped first, so here's the cards from that. No real complaints about this grouping. The Bills are definitely over represented among the rookies though, as the base portion for rookies in this is only 60 cards worth. 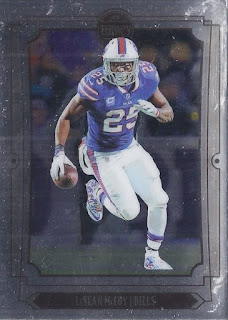 Shady earns a chrome parallel in the set. 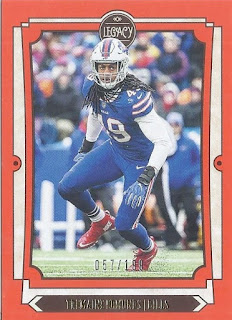 And defensive standout gets a numbered parallel as he enters his second season in the league. 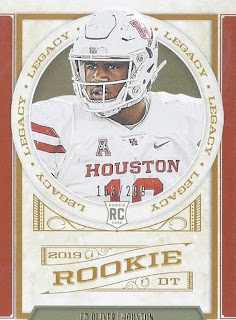 Ed Oliver should be the rookie standout on the defensive side of the ball this year, going 10th overall to the Bills. This is the second year I've been more interested in how the top defensive pick of the team develops versus the offensive types. 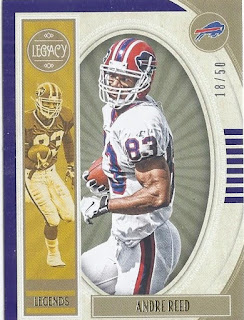 One last parallel, with it almost being a Bills blue parallel. Perhaps closer to the Bledsoe years' uniforms than the Reed. 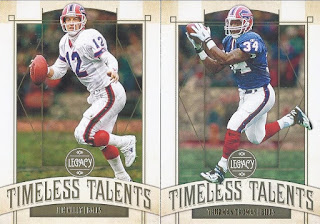 One Bills card for the Bills collection, and a new Jim Kelly for the 2/14 binders. 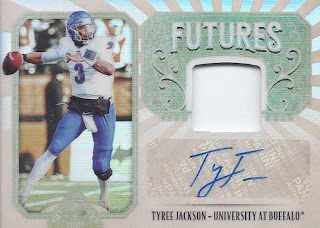 Only one hit for the Bills in this, but it is a nice auto/relic of the undrafted QB who won't have to memorize a new area code if he makes the team. 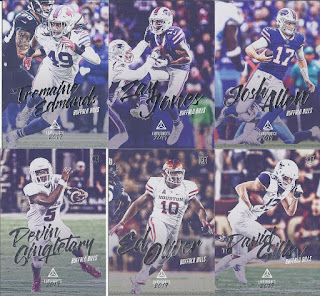 The Luminance base set is a little more compact, but it still adds some cards to the collection. We're getting closer to seeing them in their new uniforms as we see their drafting teams on the cards now. 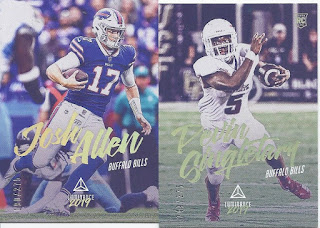 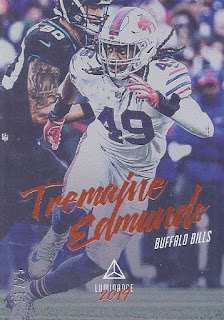 I guess it is a Tremaine Edmunds orange parallel hot post, as here's his second one. That's assuming this is an orange parallel and not bronze or something similar. So close to being a 12/25 parallel as a Christmas card (tm Baseball Card Breakdown). 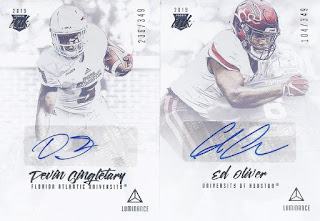 And two more autographs! Have I mentioned that I'm getting giddy for Ed Oliver's debut. Because I am.

There you have it!
Posted by buckstorecards at 09:19