A few days off does give me a chance to hit the LCS and sample a few more packs beyond the original. So, 4 different hobby packs today - Big League, Diamond Kings, Pro Debut, and some football with Legacy. 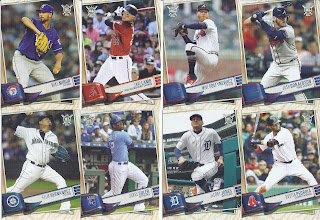 Looks like I'm starting with Big League. It is nice, it isn't too expensive, but I'm still bitter about the fact that doggy cards weren't included in last year's release. 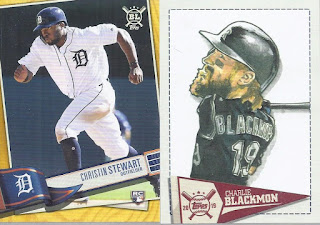 A parallel and a drawn card. That's just fine for that portion of an inexpensive pack. 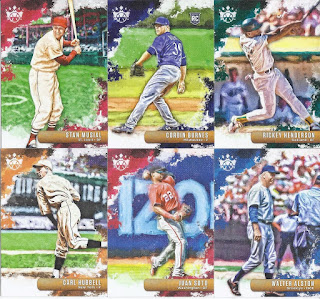 The base of Diamond Kings was a nice mix of legends and current players. Since he doesn't make a lot of appearances in modern sets, the easy winner of this group is Walter Alston. The same could be said for Hubbell, but I'll give a manager's card the nod. 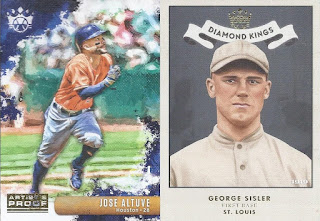 Just like with Big League, there's an insert and a parallel in the pack. The Sisler is a 1919 Diamond Kings insert. 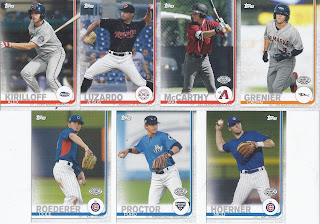 Next, some minor league cards. Here, the easy winner is the Lazardo, for the "Music City" jersey sported as a member of the Nashville Sounds. 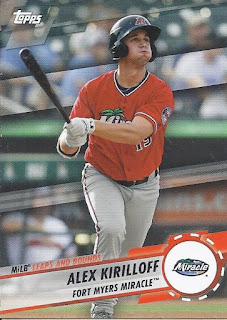 I guess this was an Alex Kirilloff hot pack, as he appeared on both a base card and on an insert. If that uniform were any more tropical, I'd think he was a Marlins prospect, as opposed to the Twins. 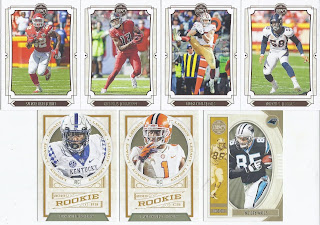 Let's end with the football pack. Legacy appears to be replacing Classics this year, with a smaller 200 card set (100 current players, 50 rookies, 50 legends), and you can see all the different designs for the base cards. I'll have some Bills content from a group break show up shortly, so I'll be able to get a little more detailed then. 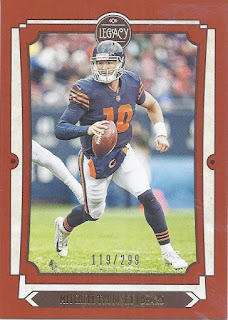 And the only numbered parallel of the 4 packs. Better than zero, I guess.

And there you have it!
Posted by buckstorecards at 06:48