Time to open an envelope of goodies received from jaybarkerfan as part of the World Cup. There were the requested cards, and some surprises. All of the first, and some of the second in this post. 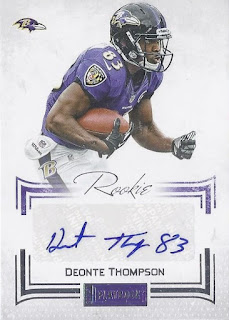 This was the only card I'd requested. Deonte hasn't had the most spectacular NFL career, but he is a 2/14 baby. His only cards out there are his stickergraphs, so this is both my second auto and card of his in my collection. 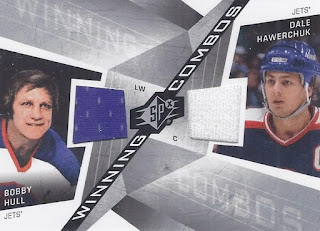 He then sent out an offer to select some more cards. I didn't want to get too crazy, but did opt to add some old-school Jets relics from the 70s and 80s. 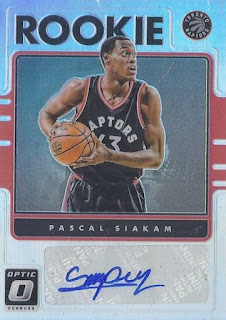 And I can't get enough Pascal Siakam autos, so what's once more. 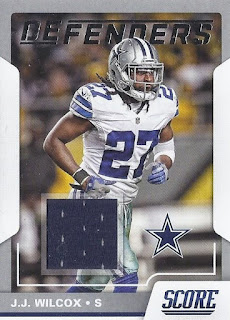 This was the only other card I knew was on the way. I'd sent out the bat-signal for this card, which was stuck behind insane shipping charges in the states. JJ Wilcox is a 2/14 baby as well. I was actually pleased to see him start showing up as relics in some early '17 releases, since he hasn't had any cards since '13 National Treasures. Since these are hits, they're worth the wait.

But there were bonus cards as well. 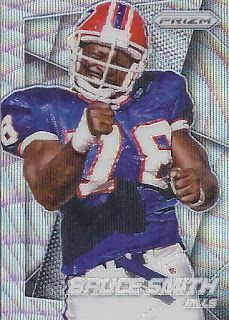 BRUUUUCE! And this shiny Smith is /99. 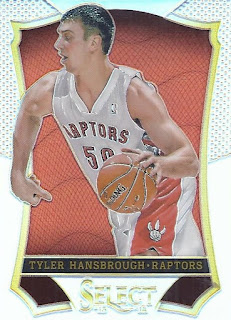 No numbering here, but still some shininess.

And some horizontal Mets! 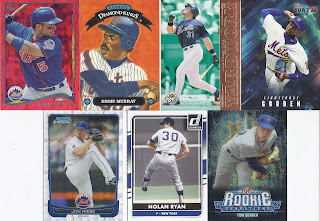 To go with some more traditional vertical ones.

There was also a bunch of random hockey cards, but those are for the next post.
Posted by buckstorecards at 09:39