And the latest blowout order draws to close. 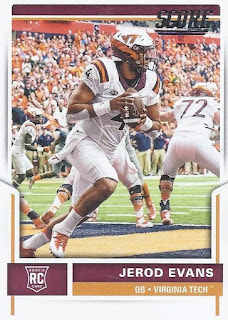 As I've done a couple times so far, I'm leading with a photographic favourite. Not only do you get the tri-coloured Hokies helmet, but you get a situation where the photo gives a look you don't see much of on cards - a quarterback trying to work his way out of their own end zone. 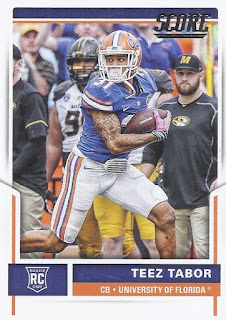 My favourite name of the 2017 rookie class is Teez Tabor. He's actually a Jalen, but I admit I would chose Teez as well.

Your Bills content. All dupes for me, so they'll be regifted elsewhere. 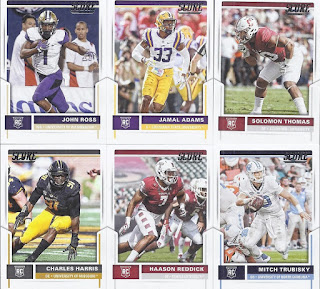 The first rounders in these packs include two that were basically traded for each other in Trubisky and Thomas. 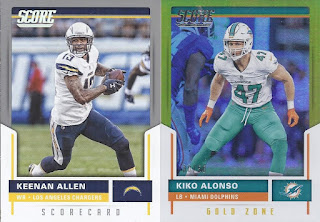 I'll never be able to come across a Kiko Alonso card without thinking about this story. Never. 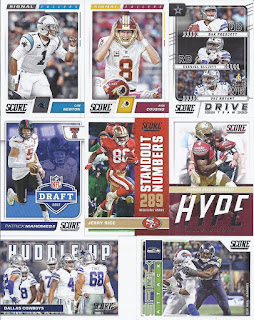 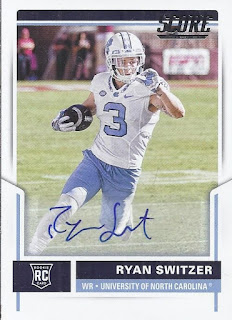 And your hit. A mid-round pick to the Cowboys is a step down from the beauty from the last two packs, but a hit is a hit. And I can read um....4 of the letters.

And now, I can start catching up on the ol' mailbag.
Posted by buckstorecards at 08:36