The halfway mark of the box! 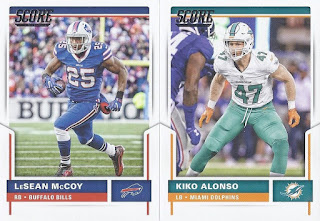 I'll start with an interesting quirk in the collation. Two players that were once traded for each other back-to-back. That was also the only true Bills card in the base. 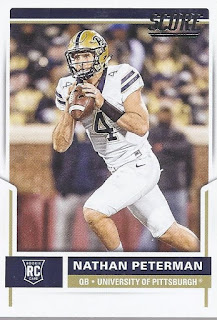 However, this would technically count as a Bills card as he was drafted by them when the product was released. With the Cardale trade, he probably moved up on the depth chart as well to at least clipboard holder. 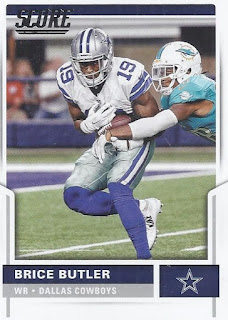 Best photo in the pack goes to this card with Brice Butler trying to avoid both the tackle and the strip. 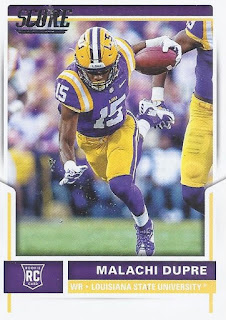 Honourable mention to Malachi Dupre stumbling his way to some yardage. He was a 7th rounder for the Packers.
Packers! WOO! 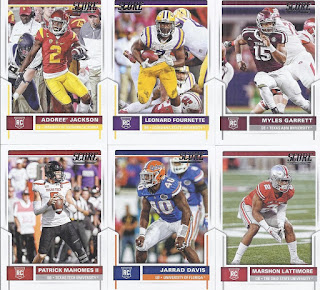 A whole bunch of first rounders in this pairing of packs with this group of six. Nice to knock a trio of Top 10 picks off a potential wantlist. 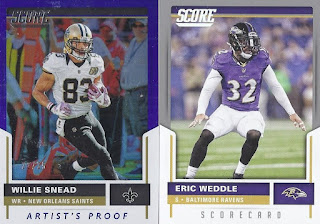 Here are the parallels in this. 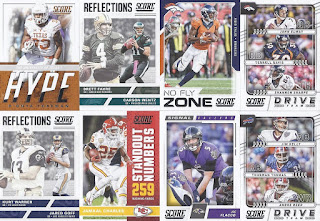 And the inserts. 1/3 of a card featuring Jim Kelly is still enough to qualify it for the 2/14 collection, but with it featuring the offensive icons of the early 90s makes it more of a Bills card. Maybe I should get a second at some point.

And there was a hit in these packs. 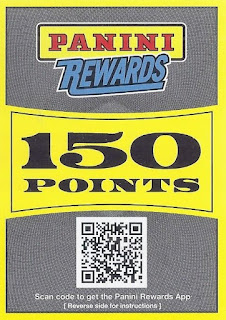 Sorta.
Posted by buckstorecards at 08:33